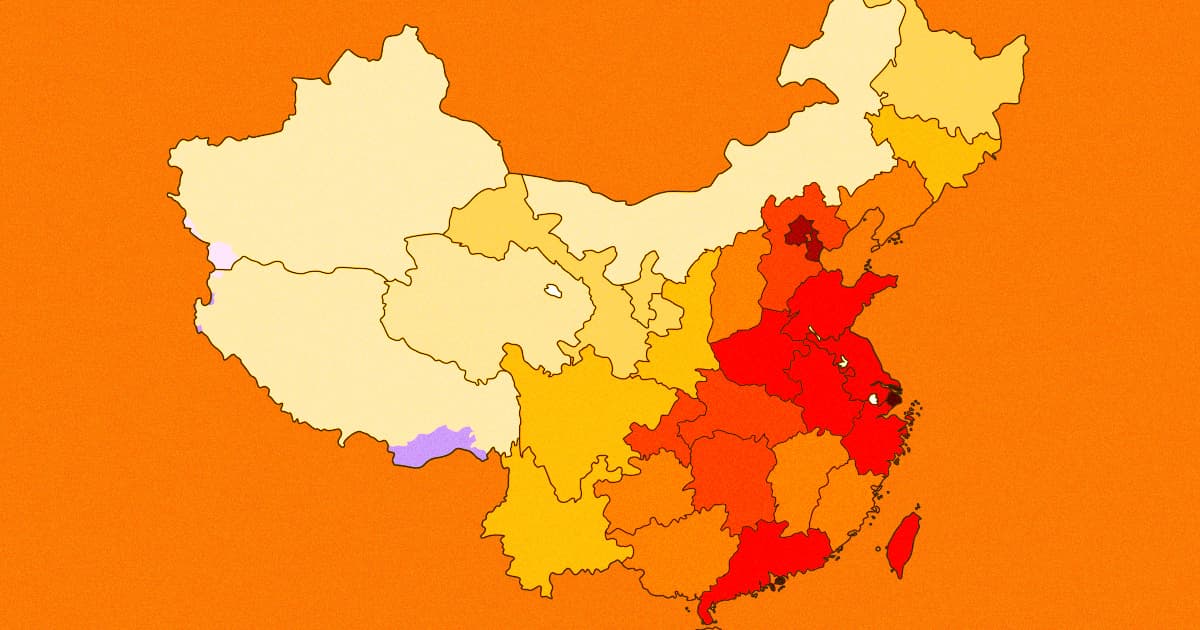 China's Population Is About to Start Declining, and Its Leaders Are Worried

"We need to pay attention to the impact of demographics on future consumption."

"We need to pay attention to the impact of demographics on future consumption."

In just four years, the South China Morning Post reports, China's population is set to peak — a demographic shift that could have far-reaching economic consequences.

"When the total population enters negative growth [after 2025], there will be a shortage of demand," monetary policy committee of the People’s Bank of China (PBOC) Cai Fang said last Friday, according to SCMP.

"We need to pay attention to the impact of demographics on future consumption," he said.

While China eased its one-child policy in 2013, allowing parents to have two children instead of just one, the country's birth rate has continued to stagnate. In other words, China's efforts to fight overpopulation appear to have worked way too well.

According to Cai, the number of people working in China had been on a steady decline for a decade now as a result.

Recently published research also showed that China's falling birth rate could have immediate consequences, including increased financial stress of the healthy looking after an increasingly elderly percentage of the population.

The proportion of elderly people in China has risen to almost 12.3 percent in 2019, from just seven percent in 2000.

"China must recognize that the demographic situation has changed," PBOC researchers wrote in the paper. The country must "realize education and technological advancement will not be able to make up for the decline in population."

"The cost of childbearing, parenting and education are the biggest constraints on young couples," Cai said. "For the elderly, we need to increase their labor participation and social security benefits so that they can contribute to and share in the economic growth, while also maintaining consumer demand."

As a result, officials at the PBOC are calling upon Beijing to abandon China's two-child policy and encourage women to have more children.