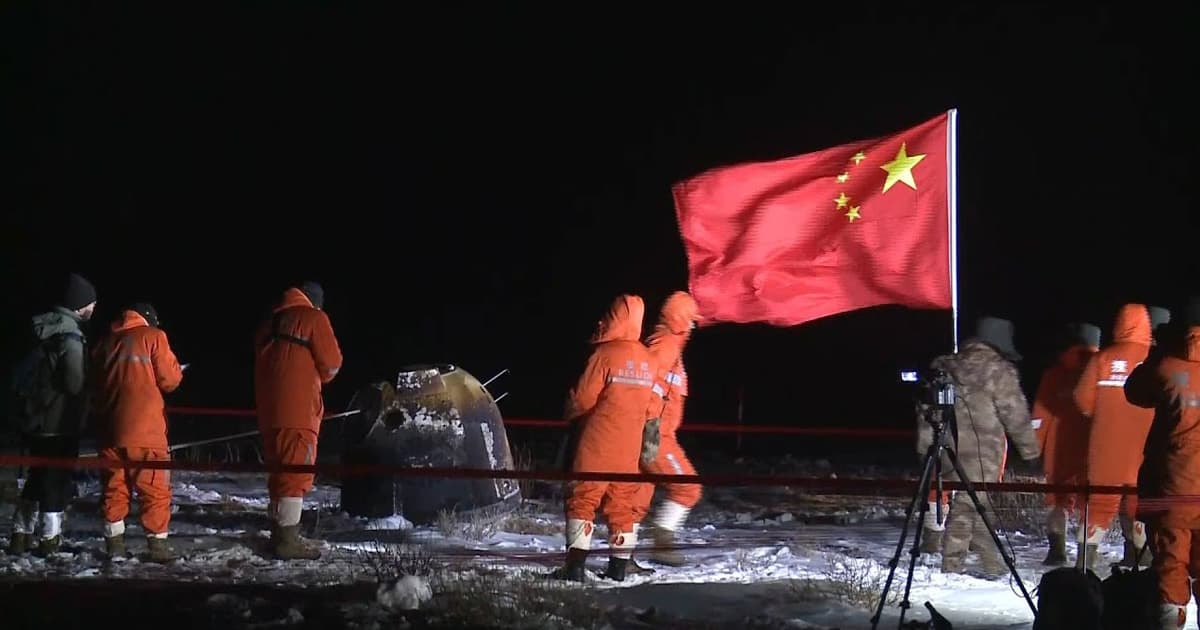 Recovery teams used exoskeletons to trudge through deep snow to get to the capsule.

Recovery teams used exoskeletons to trudge through deep snow to get to the capsule.

The team in charge of recovering China's successfully returned lunar samples in Inner Mongolia wasn't just futuristic because it was picking up Moon rocks — its members also wore passive exoskeletons to help trudge through the snow, the South China Morning Post reports.

"I would have been exhausted after walking 20 or 30 meters, but with the help of the exoskeleton, 100 meters or more was not a problem," one of the team members told SCMP. He was tasked with carrying 110 pounds of gear through the deep snow with temperatures well below 0 degrees Fahrenheit.

The country's Chang'e-5 mission successfully dropped off its precious cargo in the middle of Inner Mongolia early Thursday morning local time, the first time Moon rocks have been returned to Earth since almost half a century.

Team members from the China Aerospace Science and Technology Corporation (CASIC) had some difficult terrain to cover to approach the washing machine-sized capsule. A lot of gear had to be lugged to the site, making it a serious endeavor.

The exoskeleton suits come courtesy of the Human Function Enhancement Technology Research Centre that was under contract with CASIC. The goal of the collaboration was give soldiers working at high altitudes a performance boost.

The suits themselves weigh around 8.8 pounds and can take about ten percent off the load of a person carrying 55 pounds of cargo at high altitude, according to SCMP.

More on the samples: China Just Brought the First Moon Rocks Back to Earth Since 1976