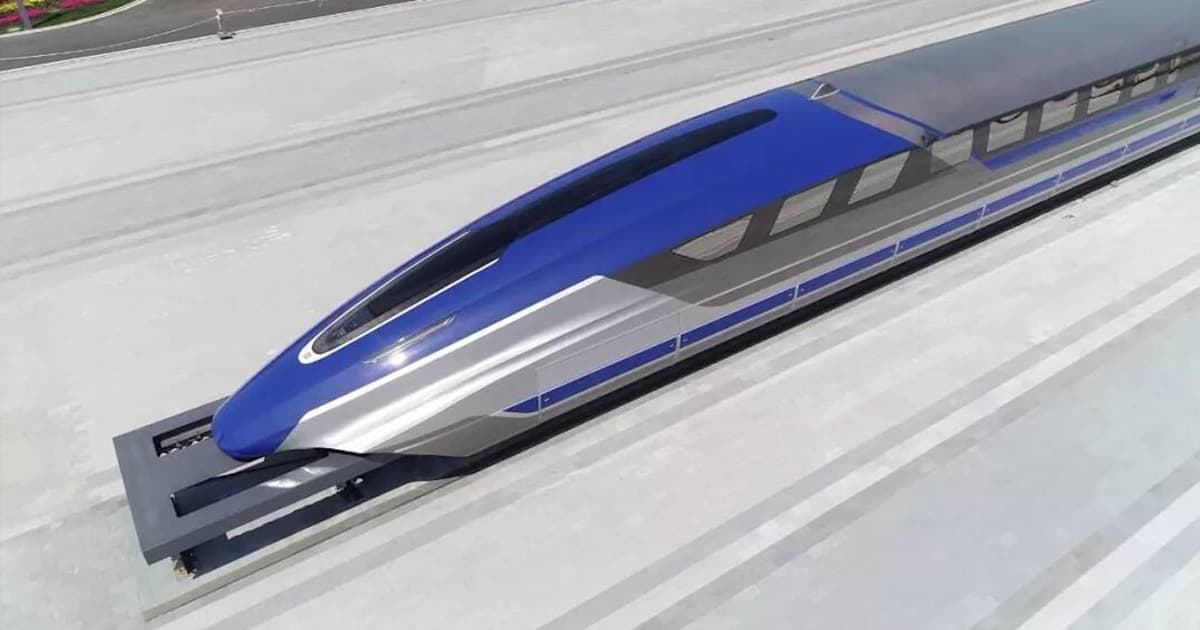 China Builds World's Fastest Train, But No Tracks for It to Travel on

Travel times between Beijing and Shanghai could be even shorter than by air.

Travel times between Beijing and Shanghai could be even shorter than by air.

China has built a maglev bullet train that it says can reach a blistering 373 miles per hour — making it the world's fastest train.

Unfortunately, it doesn't have any place to go right now, because the inventors behind it haven't yet built any tracks for it to travel on. Eventually, though, they say there will be an entire network of maglev tracks to supercharge the country's transportation infrastructure.

Despite the lack of tracks, the train is an absolute beast and an engineering marvel. Thanks to the fact that it glides on top of a cushion of strong electromagnetic forces, it emits only low levels of noise and requires far less maintenance than other high-speed trains, according to CNN.

It also greatly increases passenger capacity, according to Chinese state-owned news agency Global Times. If the tracks work out, it could be an amazing coup for advanced transportation.

In fact, the new maglev train travels about 120 mph slower than a commercial airliner.

And without the need of navigating sprawling airports and waiting on the runway, travel times between Beijing and Shanghai might end up being shorter than taking a plane, according to the Global Times.

That journey currently takes about two hours by air, while the same trip would take just 2.5 hours on the high speed maglev train. Just standing in line for security at an airport would easily take up the extra half hour.

If China can build out the infrastructure, the advantages over air travel could be immense.

More on high-speed rail: Virgin Hyperloop Wonders: What Does 600 MPH Travel Do to the Brain?

Electric Cars May Be Cheaper Than Gas Guzzlers in 7 Years — If People Actually Buy Them
3. 23. 18
Read More
China Has Launched the World's First All-Electric Cargo Ship
12. 5. 17
Read More
Volkswagen Has Pledged to Spend $40 Billion on Electric and Hybrid Cars
11. 17. 17
Read More
+Social+Newsletter
TopicsAbout UsContact Us
Copyright ©, Camden Media Inc All Rights Reserved. See our User Agreement, Privacy Policy and Data Use Policy. The material on this site may not be reproduced, distributed, transmitted, cached or otherwise used, except with prior written permission of Futurism. Articles may contain affiliate links which enable us to share in the revenue of any purchases made.
Fonts by Typekit and Monotype.