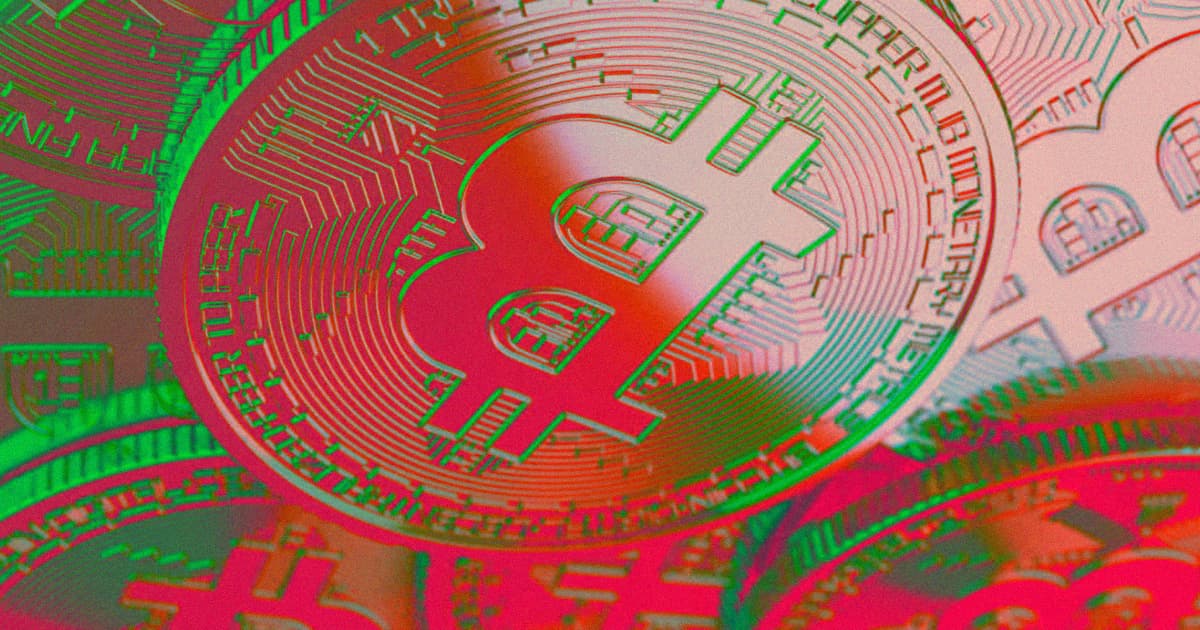 Hands Behind Your Neck Bitcoin

The price of Bitcoin hasn't been this low since Trump was president.

The price of Bitcoin hasn't been this low since Trump was president.

Things are not looking good for Bitcoin right now.

Chinese officials continued their crackdown on cryptocurrencies this week, the BBC reports, ordering banks to stop supporting any transactions involving the digital currencies.

Unsurprisingly, the value of Bitcoin slumped yet again in light of the news, dropping below $30,000 for the first time since early January — back when Donald Trump was still in office.

That also means the price of the mainstream crypto has fallen by over 50 percent since hitting record highs above $63,000 in mid-April.

It's yet another sign that China is serious about the supression of cryptocurrency activity within its borders — taking a huge chunk out of global enthusiasm for the tokens.

China accounted for roughly 65 percent of global Bitcoin production last year, per the BBC, with a crackdown on cryptocurrency mining causing the token to stumble in recent months.

Because of concerns over crypto mining's considerable carbon footprint, financial insecurity, and cryptocurrencies being used for illegal purposes, China's government is growing increasing wary of the tech.

And that could spell bad news for the future of Bitcoin. While China won't be the end-all of cryptocurrencies, its rejection of crypto is already sending markets tumbling.

When the slide Bitcoin is experiencing will end is still a big question mark. Investors are worried even stricter regulations from other parts of the world could be imminent, as the BBC reports — and that kind of hesitancy won't be doing Bitcoin any favors.