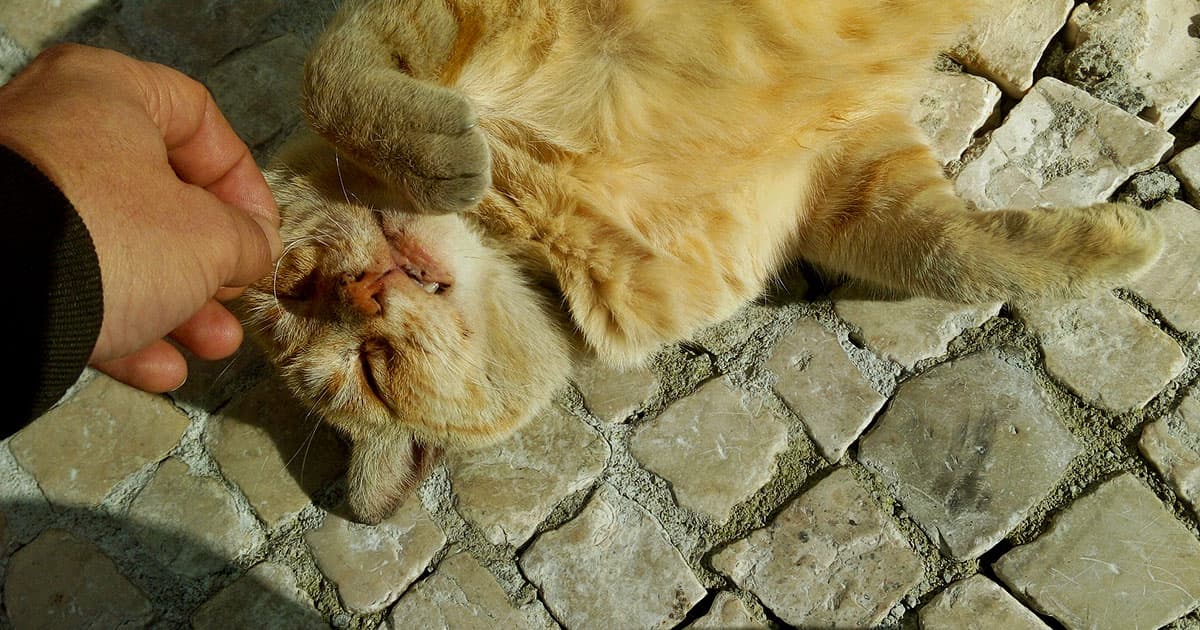 Feline appreciation of catnip may go deeper than we thought, according to a new study published Tuesday in the journal iScience. A team of researchers from universities in the Japan and the UK say that when cats "damage" catnip — by, you know, rolling around in it or chewing it up with their adorable fangs — it releases terpenes known as iridoids that repel mosquitoes.

"Cats rub and roll against these plants, transferring iridoids to their fur that repels mosquitoes," the co-authors wrote. "Cats also lick and chew plant leaves during this response, although the benefit of this additional behavior has remained unknown."

That doesn't mean all catnip is created equal, though. The team said cats respond to catnip (Nepeta cataria) and silver vine (Actinidia polygama) for equal amounts of time, but the two types have different effects. While silver vine has more a more complex repellant effect that may work on other insects, they fond that catnip has concentrated levels of a single iridoid.

All that biting and chewing many cats do when presented with catnip is consistent with other iridoid reactions. In fact, the cats attempted to bite and chew catnip and silvervine that was placed under a dish inside a covered plate, indicating that biting and chewing the plant to damage it is directly linked with the ability to smell it.

"Feline olfactory and behavioral sensitivity is fine-tuned to plant-specific iridoid production for maximizing the mosquito repellency gained," the team concluded.

An all natural bug spray that also seems to get them stoned out of their tiny minds? We can't blame cats for going buck wild over catnip.

Scientists Say "Ecological Armageddon" is Imminent Due to Massive Insect Deaths
10. 20. 17
Read More
Real Whopper
Scientists Discover Bacterium So Large You Can Hold It in Your Hand
6:09 PM
Read More
Apein' Around
Eminem and Snoop Dogg Make Music Video Where They Appear as Their Bored Apes
4:09 PM
Read More
+Social+Newsletter
TopicsAbout UsContact Us
Copyright ©, Camden Media Inc All Rights Reserved. See our User Agreement, Privacy Policy and Data Use Policy. The material on this site may not be reproduced, distributed, transmitted, cached or otherwise used, except with prior written permission of Futurism. Fonts by Typekit and Monotype.