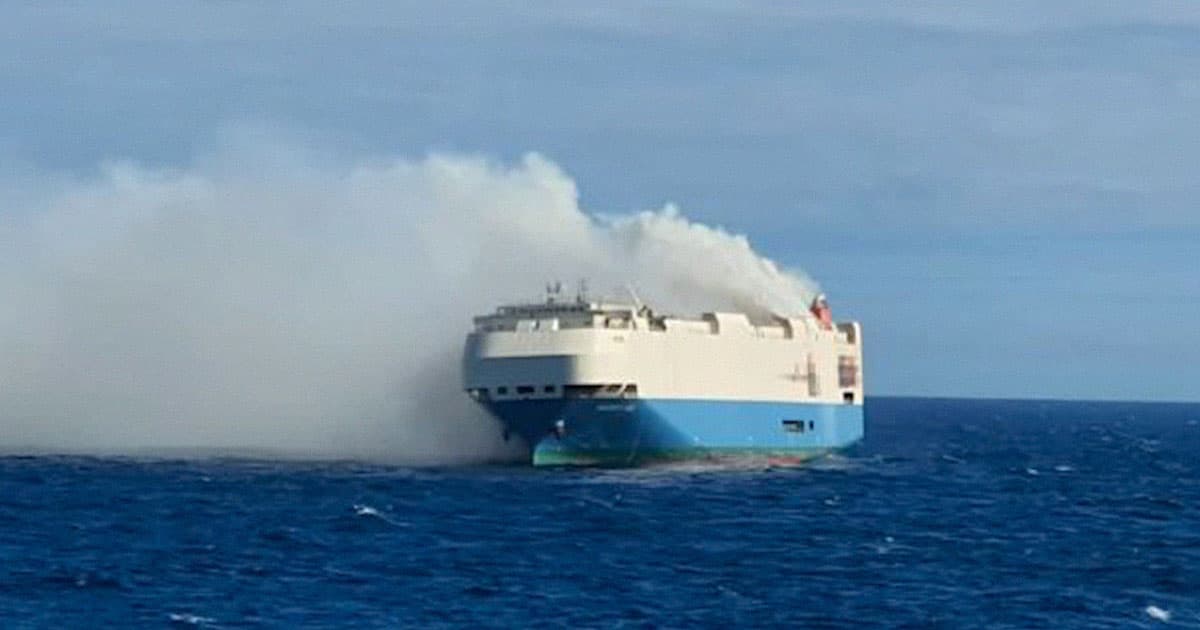 A giant cargo ship carrying luxury cars including numerous Porches is now adrift in the Atlantic Ocean, burning after its crew evacuated, according to the Associated Press, which reports that 22 crew members were evacuated on Wednesday and the ship is now just kind of... floating and on fire. Which is relatable, frankly.

"We are aware of an incident today involving a cargo ship transporting Volkswagen Group vehicles across the Atlantic," a spokesperson told the AP via email. "At this time, we are not aware of any injuries. We are working with local authorities and the shipping company to investigate the cause of the incident."

The AP says the ship is carrying nearly 4,000 cars that were meant to go on sale in North America, the New York Times reported. Their fate is now unclear, since finding a boat big enough to tug the Felicity Ace to port is unlikely to happen anytime soon.

Just this week, Fox Business reported on soaring prices in the used car market for 2022, due in large part to demand for new and used cars outpacing supply. It's hard to get new cars because of supply chain shortages that have made it hard for manufacturers to get the parts they need, which is in turn increasing demand — and prices — for used ones.

Porsche majority shareholder Volkswagen declined to speculate to the AP how this fire and a potential several-thousand-car-loss will impact customers and the car market, but it's almost certainly not good news. In addition, it's not clear whether the Ace will sink or cause pollution, although the AP says a Portuguese navy ship has been charged with finding out.

We'd tell you to hold out hope the ship won't cause a pollution-and-price double whammy, but at this point it's a little hard to imagine much going right in 2022.