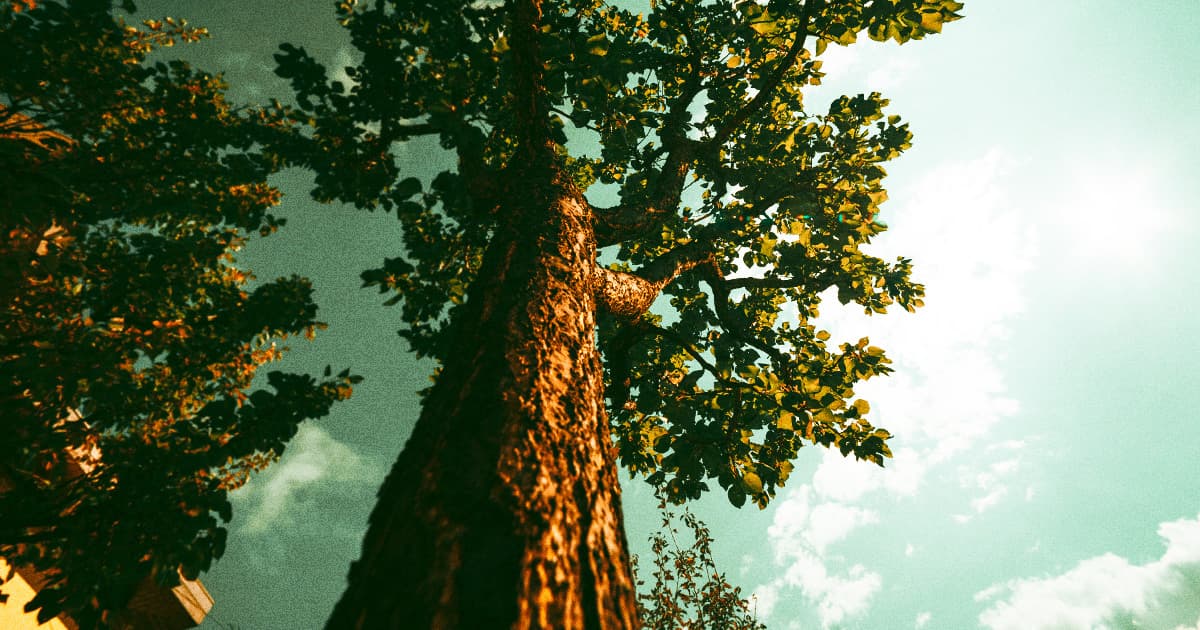 As climate change gets worse, will the trees compensate?

As climate change gets worse, will the trees compensate?

Amid serious concerns about the climate effects of carbon dioxide, scientists have discovered something intriguing — that trees appear to be growing faster and larger as levels of the compound rise.

In a press release, environmental researchers at Ohio State University claimed that the rate and size at which forests are growing may already be counteracting the worst effects of climate change.

"Forests are taking carbon out of the atmosphere at a rate of about 13 percent of our gross emissions," Brent Sohngen, co-author of the school's study published recently in Nature Communications and OSU professor of environmental and resource economics, said. "While we’re putting billions of tonnes of carbon dioxide into the atmosphere, we’re actually taking much of it out just by letting our forests grow."

Known as "carbon fertilization," this unique process occurs when plants encounter larger quantities of carbon, increasing their rate of photosynthesis and thus makes them grow faster.

That's a big deal, potentially, because trees sequester a lot of carbon. In the US alone, per Sohngen, they're estimated to trap between 700 and 800 million tons of atmospheric carbon per year, which cuts the country's carbon dioxide emissions by around 10 percent. So the idea that as climate change gets worse, the trees will compensate is compelling, to say the least.

The researcher noted that the average person wouldn't likely be able to go out into a forest and tell that the trees are bigger, but that the additional volume added to trees over the past few decades is significant. This process doesn't just occur in younger trees, either — even the giant, ancient redwoods of California have been adding biomass from elevated CO2 levels, the statement says.

For now, this study's findings are very preliminary. They were gleaned from correlating tree biomass data and carbon emissions information between the 1970s and the mid-2010s rather than actually testing out the trees themselves.

But it is intriguing. Planting and saving trees was never a bad thing to begin with, but if these OSU findings can be replicated, it could be a huge deal for tree-huggers the world around.