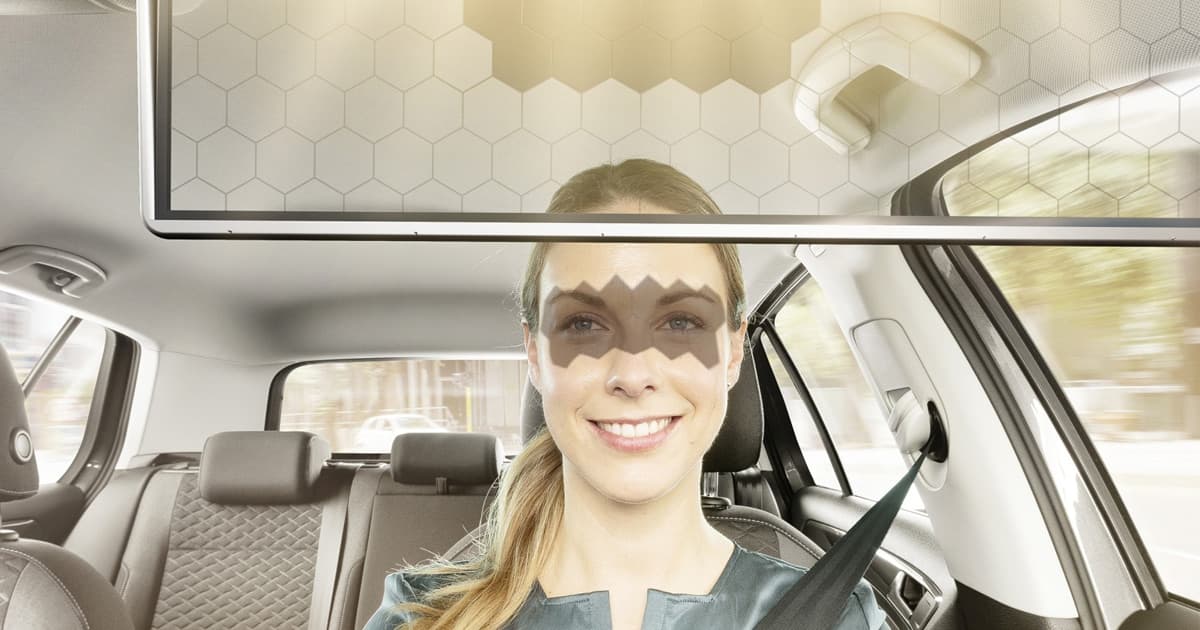 No more staring into the Sun while you drive.

No more staring into the Sun while you drive.

German engineering company Bosch has come up with a clever new automotive sun visor that uses an LCD panel and artificial intelligence to block out only the Sun in the driver's vision.

The idea is to give them an unobstructed view of the road ahead when the sun is low in the sky. Each year, thousands of car accidents are related to sun glare, according to the National Highway Traffic Safety Administration.

Bosch's Virtual Visor learns where the driver's face and eyes are thanks to an accompanying facial recognition camera aimed at the driver's seat. It then analyzes the driver's face for shadows to decide which portions of the honeycomb-patterned LCD panel to darken, while leaving the rest of the panel transparent.

The Virtual Visor will make its debut at the Consumer Electronics Show (CES) in Las Vegas, which is opening its doors tomorrow.

The smart visor might be pretty easy to implement — the system requires little power and should leverage hardware that's already built into cars, according to CNET. But it's still unclear if or when the feature will ever make it into production.

More on smart cars: Cars Are Secretly Spying on Us

Why Car Insurance Is So Complex, and How to Simplify It
11. 2. 20
Read More
Shuttle Butt
We Took a Ride on NYC's First Self-Driving Shuttle
8. 7. 19
Read More
Bumper Drones
Cargo Drones Have One Problem: Not Crashing Into Things
3. 28. 19
Read More
+Social+Newsletter
TopicsAbout UsContact Us
Copyright ©, Camden Media Inc All Rights Reserved. See our User Agreement, Privacy Policy and Data Use Policy. The material on this site may not be reproduced, distributed, transmitted, cached or otherwise used, except with prior written permission of Futurism. Fonts by Typekit and Monotype.