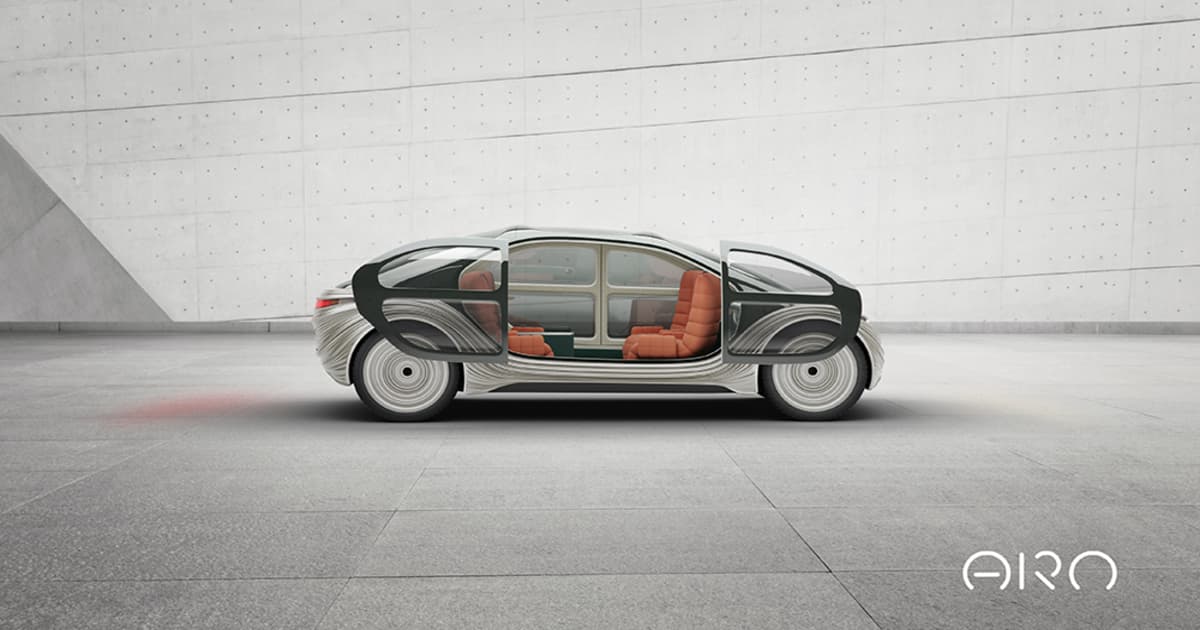 New Car Sucks Up Pollution While It Drives

The car can "collect a tennis ball worth” of pollution a year.

The car can "collect a tennis ball worth” of pollution a year.

A British designer has created a new electric car that he claims can clean the air of pollution as it drives.

Thomas Heatherwick, an award-winning English designer and architect, was approached by IM Motors, a Chinese car manufacturer, to help develop the concept car, according to the BBC. The vehicle’s front grill holds an air filter which he says will be able to "collect a tennis ball worth of particulate matter per year."

"That might not sound a lot but think of a tennis ball in your lungs, that is contributing to cleaning the air, and with a million vehicles in China alone that adds up," Heatherwick said to the BBC.

Dubbed the "Airo," the vehicle is hoped to go into production in China by 2023.

The car is like nothing you’ve seen before. The interior of the car looks like a living room, with a table in the middle and four adjustable chairs that can be transformed into beds.

Also, the steering wheel is hidden in the car's dashboard to allow for even more room inside when needed.

The novelty of the car's design is intentional. In fact, IM Motors approached Heatherwick specifically because he had never designed a car before. Not only could he give a fresh spin to how the car looked, but he could also innovate in ways that had a positive impact on the environment.

"Car manufacturers are falling over themselves to make electric cars, but a new electric car shouldn’t just be another one with a different look," Heatherwick told the BBC.

Sharp Criticism for the Airo

While Heatherwick believes in the ability of his car to cut down pollution, others are much more skeptical.

"I cannot see how this car can make any significant contribution to resolving the many problems associated with car ownership and use," said Peter Wells, professor of business and sustainability at the Cardiff Business School’s center for automotive research, to the BBC.

He continued, "The contribution of this car cleaning the air in our polluted urban centers would be so small as to be impossible to measure."

That’s fair criticism — especially when you consider how rare it is for concept cars to get produced on a massive scale. However, the idea behind it (i.e. a car that can clean the air while you drive) is incredibly innovative and a worthwhile pursuit. It’s also one that Heatherwick is very optimistic about.

"This isn't a fantasy," Heatherwick told the BBC. "The whole idea was for it not to be a concept car, which is why we are working with a manufacturer, and we focused everything on ideas that can happen."

More on electric cars: Dodge Says It’s Only Making an Electric Car Because the Performance Is So Good