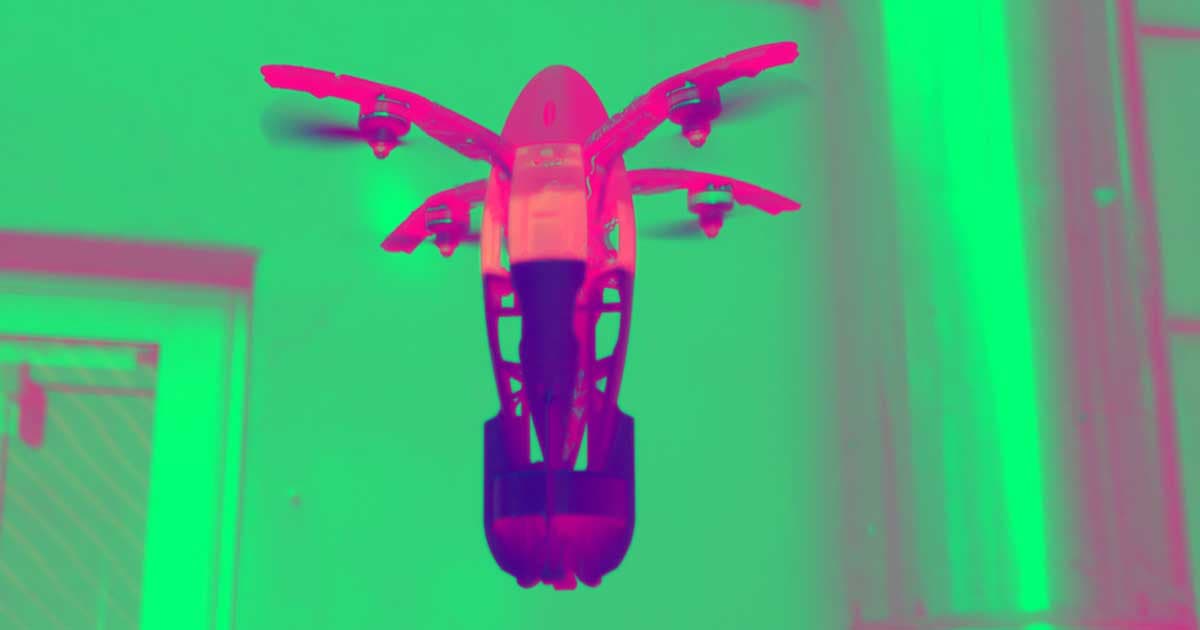 The researchers want to take their idea to Mars and Titan.

The researchers want to take their idea to Mars and Titan.

A team of researchers from Caltech and NASA's Jet Propulsion Laboratory designed a drone that can be shot into the sky using a special vehicle-mounted cannon, The Verge reports. The goal is to launch drones when it's otherwise too dangerous or windy — or in emergency situations where the usual method is simply too slow.

The Streamlined Quick Unfolding Investigation Drone (SQUID) is a football-shaped foldable quadcopter that weighs roughly a pound. It features four spring-loaded arms with rotors attached to them that pop out after being fired from a moving vehicle.

Once the drone reaches its apex of about 33 feet, it can automatically orient itself and become functional like any other drone, according to IEEE Spectrum.

A paper about the project was uploaded to the preprint repository arXiv earlier this month.

The team is hoping to scale SQUID's design both up and down, with smaller and larger variations. The largest could be large enough to even carry a substantial payload.

And their ambitions are off-world, explaining NASA's interest in the project.

"While the SQUID prototype, as outlined in this paper, has been designed for operation on Earth, the same concept is potentially adaptable to other planetary bodies, in particular Mars and Titan," reads their paper.

READ MORE: This transforming drone can be fired straight out of a cannon [The Verge]