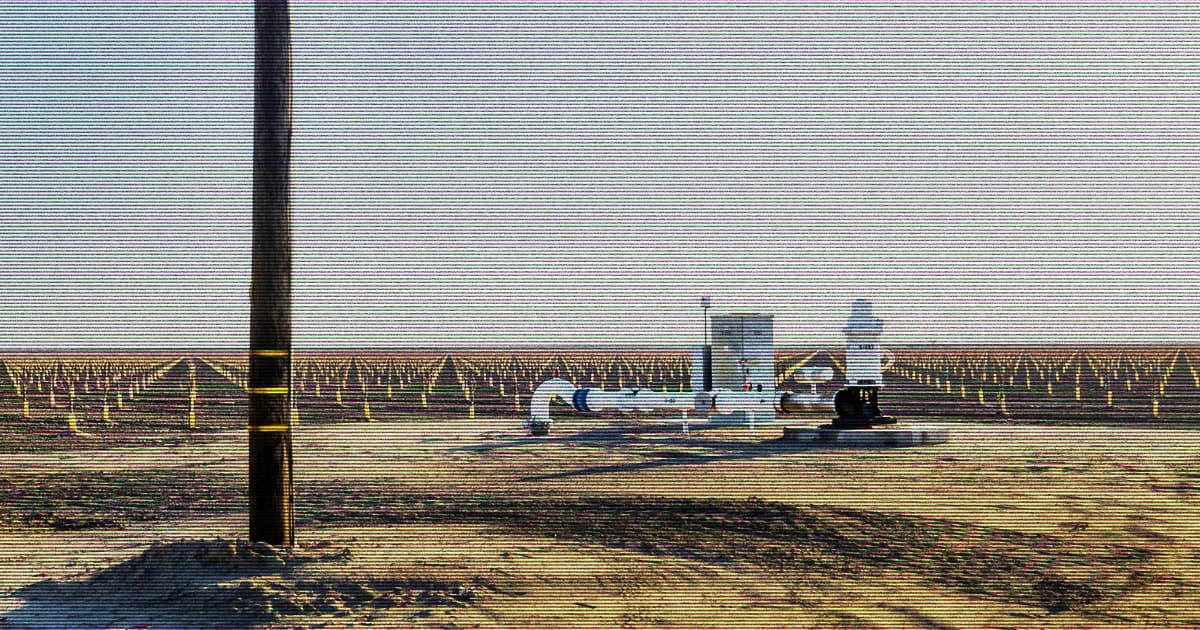 California Town Sinking Into Ground Due to Corporations Pumping Groundwater

The town has sunken "the equivalent of a two-story house."

The town has sunken "the equivalent of a two-story house."

Too Much Pumping Water

A drought-stricken town in California has been gradually sinking into the ground due to its massive irrigation system.

The town of Corcoran prides itself on being the "farming capital of California," according to the Agence-France Presse (AFP). To sustain their efforts, though, farmers have had to pump water from underground aquifers in order to irrigate their crops in the last century. This has led to an unexpected drawback: The town has sunk into the ground dramatically over the years.

In fact, the town has sank "the equivalent of a two-story house," according Jeanine Jones, a manager at the California Department of Water resources, speaking to AFP.

Recent droughts that have hit the area have exacerbated the town's issues. This has led to a situation where farmers are pumping out more water out of the ground faster than rains can replace it.

"You’ve got too many farmers pumping all around,” said Raul Atilano, resident of Corcoran, to the AFP. The local government has been forced to enforce water restrictions on the farmers of the area.

Most of the groundwater is being pumped out by big agricultural companies, according to AFP. These corporations are the biggest employers of the area. As such, not many citizens in Corcoran have voiced their concerns.

"They are afraid that if they speak against them, they might lose their job," said Atilano to AFP. “I don’t care. I’ve been retired for 22 years.”

The strange and tragic story of Corcoran is an all too common one — and it’ll become especially more common as the impact of man-made climate change continues to grow.

READ MORE: A drought-hit California town finds itself sinking into the ground [AFP via Yahoo News]

More on climate change: Videos of Turkish Wildfires Are Like a Vision of Hell