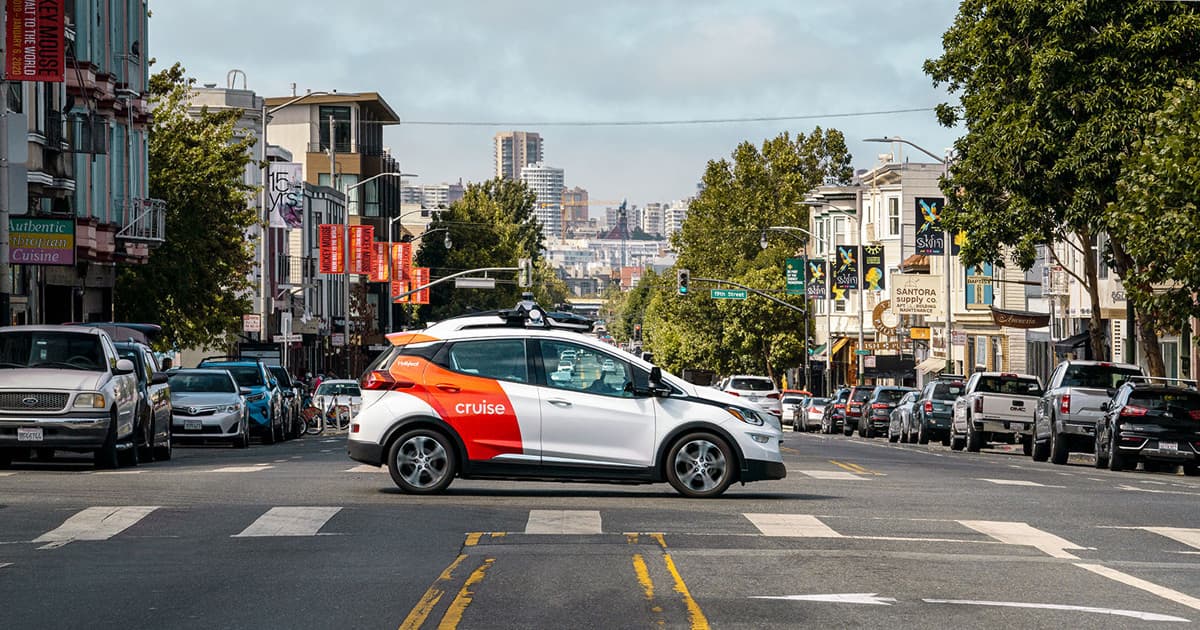 It's going to test a fully driverless car on the streets of San Francisco.

It's going to test a fully driverless car on the streets of San Francisco.

The California DMV just granted permission to Cruise, General Motors' self-driving car venture, to test out its autonomous cars without anyone in the driver's seat.

California has given out permits that allow driverless tests with someone behind the wheel to 60 companies, The Verge reports. But Cruise is just the fifth to be permitted to test out cars that are completely empty. With the permit in hand, Cruise hopes to be the first to test a fully-driverless car on the streets of San Francisco.

Cruise's fleet, which has never been tested in public, The Verge reports, is made up of 200 electric Chevy Bolts. So essentially Cruise is trying to nail electric and autonomous cars all in one fell swoop.

"Before the end of the year, we'll be sending cars out onto the streets of SF — without gasoline and without anyone at the wheel," Cruise CEO Dan Ammann wrote in a company blog. "Because safely removing the driver is the true benchmark of a self-driving car, and because burning fossil fuels is no way to build the future of transportation."

A Cruise spokesperson declined to clarify to The Verge whether it would be placing anyone in the passenger seat — just in case — or if the company would be following its driverless vehicles through San Francisco as they perform their tests.

But the DMV did impose some rules of its own — like only permitting tests on certain streets and a 30 MPH speed limit.

READ MORE: Cruise gets the green light to test fully driverless cars in California [The Verge]