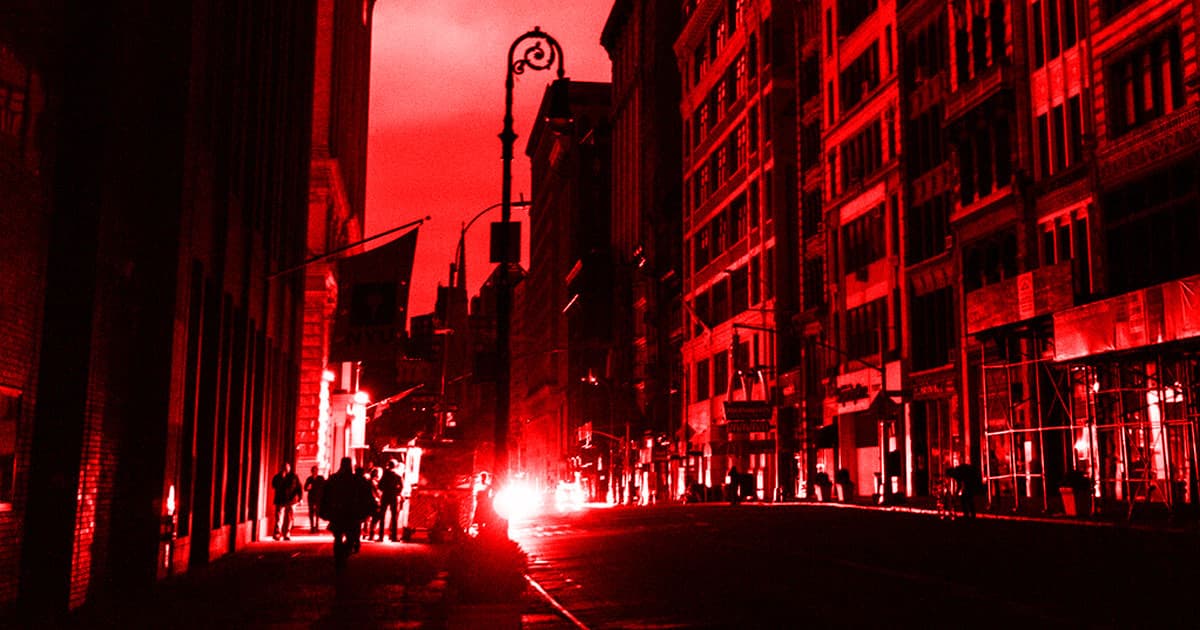 The CA Blackouts Are Oh-so-Coincidentally Not Affecting Big Tech

They get to be on the more resilient grid that won't start wildfires.

They get to be on the more resilient grid that won't start wildfires.

Right now, hundreds of thousands of Californians are living without electricity — utility company Pacific Gas & Electric (PG&E) hit the kill switch to prevent its own decaying infrastructure from sparking another wildfire.

But suspiciously absent from the blackout map: the campuses of major tech companies, Wired reports, including Google, Tesla, Facebook, and Netflix. There are infrastructural reasons why the tech giants get to keep the lights on while locals are left praying their food doesn't spoil — but it's still a frustrating illustration of how the extremely wealthy get priority treatment when things start to fall apart.

There are two reasons big tech is being spared. First, tech companies operating on large campuses generally don't have vegetation surrounding them, Wired reports. Power lines are less likely to spark wildfires without any dried-up plants nearby.

Second, tech headquarters tend to use far more electricity than family homes, so the former is served by bulkier and more resilient transmission lines that pose less of a risk to their surroundings.

It's frustrating that everyday people are left bearing the brunt of the deliberate shutoffs, but the fact is that PG&E hasn't set up the same infrastructure for them as it has for major customers.

"What PG&E is doing is blacking out the kind of low-voltage wires that deliver power to homes," Stanford University energy expert Michael Wara told Wired. He explained that tech headquarters "tend to be located closer to the bulk transmission system [and] the high-voltage lines, which are much less impacted by this outage."