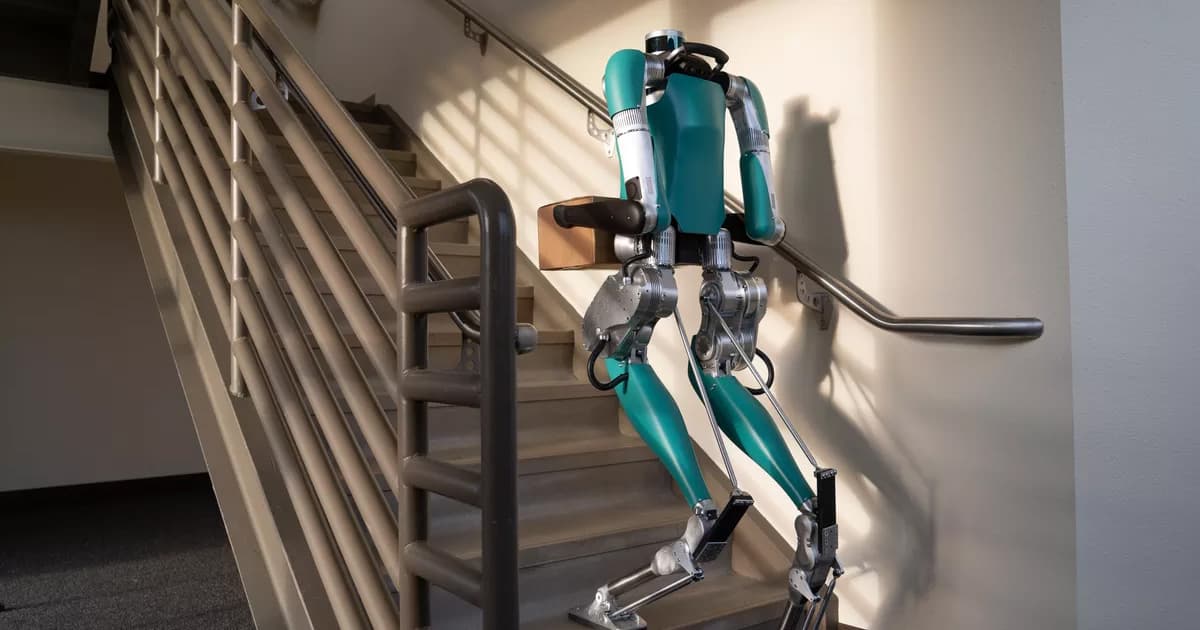 Headless Box-Stacking Robot Ready to Be Enslaved for $250,000

"If robots are going to be effective and useful to us they're going to have to work on our terms in our space."

"If robots are going to be effective and useful to us they're going to have to work on our terms in our space."

Robot manufacturer Agility has built a human-like robot called Digit that can load boxes onto a truck — and the company is selling it for a cool $250,000. The company announced a $20 million round of investment and is ready to go into "full commercial production."

The robot's overall shape is familiar: two legs, two arms. But the lack of a head and its backwards bending knees give the illusion away pretty quickly.

Digit is designed from the ground up to complete laborious tasks, including loading and unloading cargo or inspecting hazardous workplaces. But unlike a human worker, the robot can be packed into a rolling suitcase for easy delivery.

"If robots are going to be effective and useful to us they're going to have to work on our terms in our space," Agility CEO Jonathan Hurst argued in a video. In other words, getting the most out of the robot won't require any alterations to the work environment since it can already walk around like a human.

Agility recently struck a deal with Ford to build robots that can load and unload boxes from self-driving vehicles.

The news comes after Boston Dynamics put its dog-like robot called SpotMini on sale last year for around $75,000.

Diner Drama
People Furious at Robot Serving Pancakes at Denny's
11. 28. 21
Read More
Robot Violence
YouTube Accidentally Removed Robot Battle Videos for "Animal Cruelty"
8. 20. 19
Read More
Snooze Fest
Here Are Some Headlines for This Incredibly Boring Robot Video
6. 5. 19
Read More
+Social+Newsletter
TopicsAbout UsContact Us
Copyright ©, Camden Media Inc All Rights Reserved. See our User Agreement, Privacy Policy and Data Use Policy. The material on this site may not be reproduced, distributed, transmitted, cached or otherwise used, except with prior written permission of Futurism. Articles may contain affiliate links which enable us to share in the revenue of any purchases made.
Fonts by Typekit and Monotype.