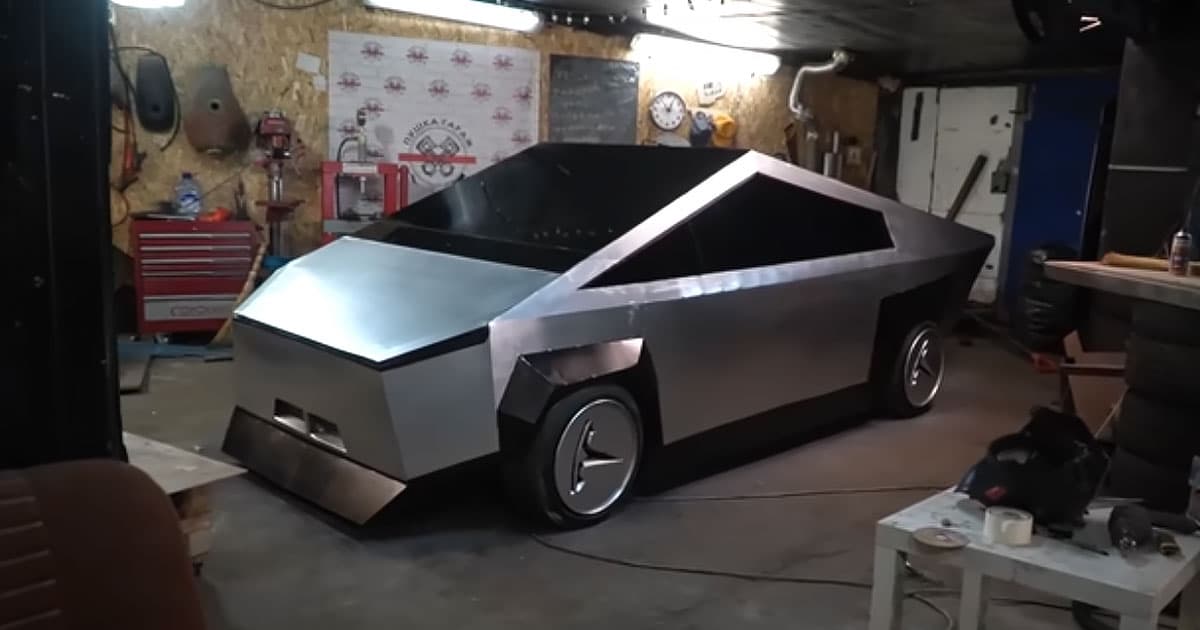 It's definitely not a Russian five-door hatchback from the '80s.

It's definitely not a Russian five-door hatchback from the '80s.

You might not have to wait until 2021 to get your hands on a Tesla Cybertruck — or something like it, anyways.

The Russian YouTubers behind the channel Pushka's Garage have converted an old VAZ 2109 angular hatchback into a knockoff Tesla Cybertruck, stainless steel "exoskeleton" and all.

While the team claims to have put only $1,300 into the project, they're now selling it for a measly 666,666 rubles — about $10,800 — according to a new Ars Technica report. That's a fraction of the $39,900 Tesla is charging for its lowest tier Cybertruck — but whether this is a good deal for anybody is highly debatable.

The Russians' vehicle may look a bit like Tesla's recently announced electric pickup, but that's where most of the similarities end.

The VAZ 2109 runs on a 1.6 liter gasoline engine, so the knockoff Cybertruck won't get its power from a wall socket. Yes, it's made out of stainless steel plate metal — but will it go from 0 t0 60 in under four seconds? That's a definite no.

Did we mention there's no way to use the side doors?

Based on a video in which the vehicle drives down an actual road without falling apart, it will get you from point A to point B — but this knockoff will definitely not pass inspection, that's for sure.