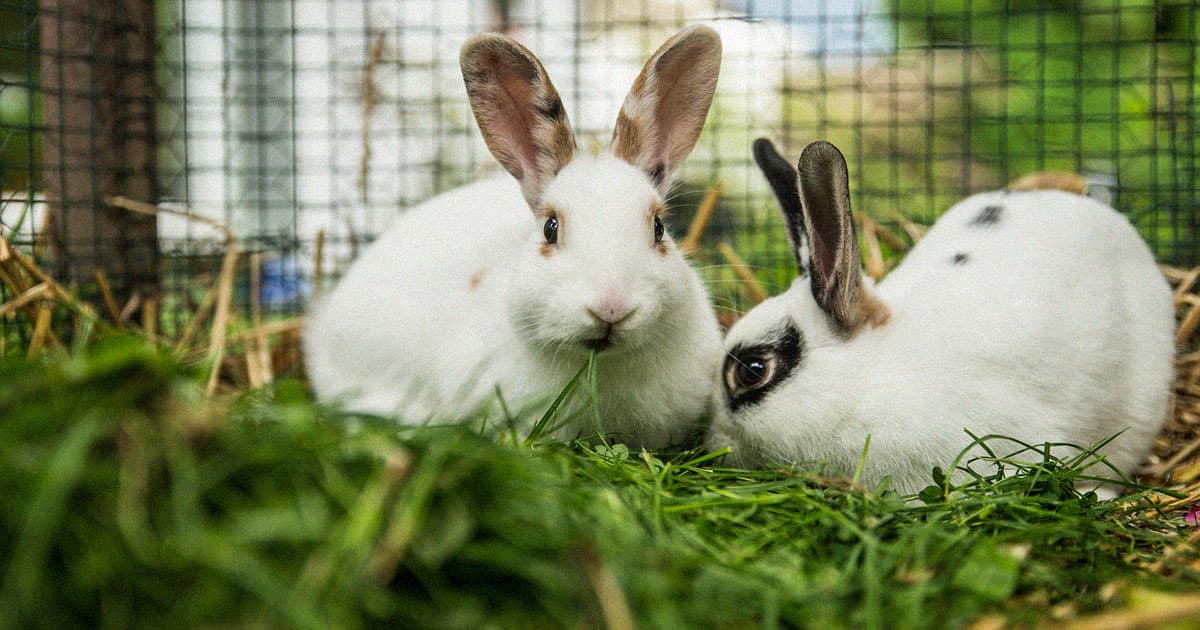 Maybe they thought they were leaving their humans a gift?

Maybe they thought they were leaving their humans a gift?

They're cute, they're cuddly — and they're apparently graverobbers.

As the Netherlands' Dutch News reports, police in the city of Amersfoort were called when some kids' pet rabbits dug up what appeared to be bones in their garden earlier this week.

The subsequent excavation, which reportedly took all night, apparently caused quite the stir in the neighborhood, especially once they found a human skull.

Subsequent testing revealed that the bones dated back to between the 1880s and 1900 — a reminder that the cities we take for granted can occasionally spill out dark, ancient secrets.

Bizarrely enough, this isn't the first time this summer that animals have made headlines for digging up human bones.

Last month, reports emerged that a British granny has been subject to a stream of human bones being left by badgers who dig them up and leave them for her to find. As the BBC reports, the woman called her daughter "in hysterics" when she saw a skull in her garden, which lies close to a nearby church graveyard.

The skull, her daughter said, was just the beginning of 88-year-old woman's problems. Soon, other bones began cropping up.

"We didn't realize how much worse the situation was going to get," Lloyd told the BBC. "Since then, she's been having femurs, skulls, the bottom part of a chin, jawbones, you name it coming into the garden."

Police subsequently sectioned off the elderly woman's property and began treating it as a crime scene — because really, what else can you do in that kind of situation?

The prospect of waking up to bones in your yard is likely really freaky to imagine — unless, of course, you're a cat owner and know that presenting their humans with dead things is a sign of affection.

READ MORE: Rabbits dig up remains of at least three people in a garden [Dutch News]

More bones: Disturbing Discovery Finds That Space Does Something Bad to Astronauts' Bones

Balloon News
China Says "Spy Balloon" Soaring Over America Is Completely Innocent
Feb 3
Read More
I Silence Thee
Leaked Messages Seem to Show Elon Musk Using Twitter to Punish His Enemies
Jan 28
Read More
Going Wireless
Hackers Took Over a Subdomain of Wired.com for Several Months and Replaced It With Sleazy Online Casino Content
Jan 25
Read More
+Social+Newsletter
TopicsAbout UsContact Us
Copyright ©, Camden Media Inc All Rights Reserved. See our User Agreement, Privacy Policy and Data Use Policy. The material on this site may not be reproduced, distributed, transmitted, cached or otherwise used, except with prior written permission of Futurism. Articles may contain affiliate links which enable us to share in the revenue of any purchases made.
Fonts by Typekit and Monotype.