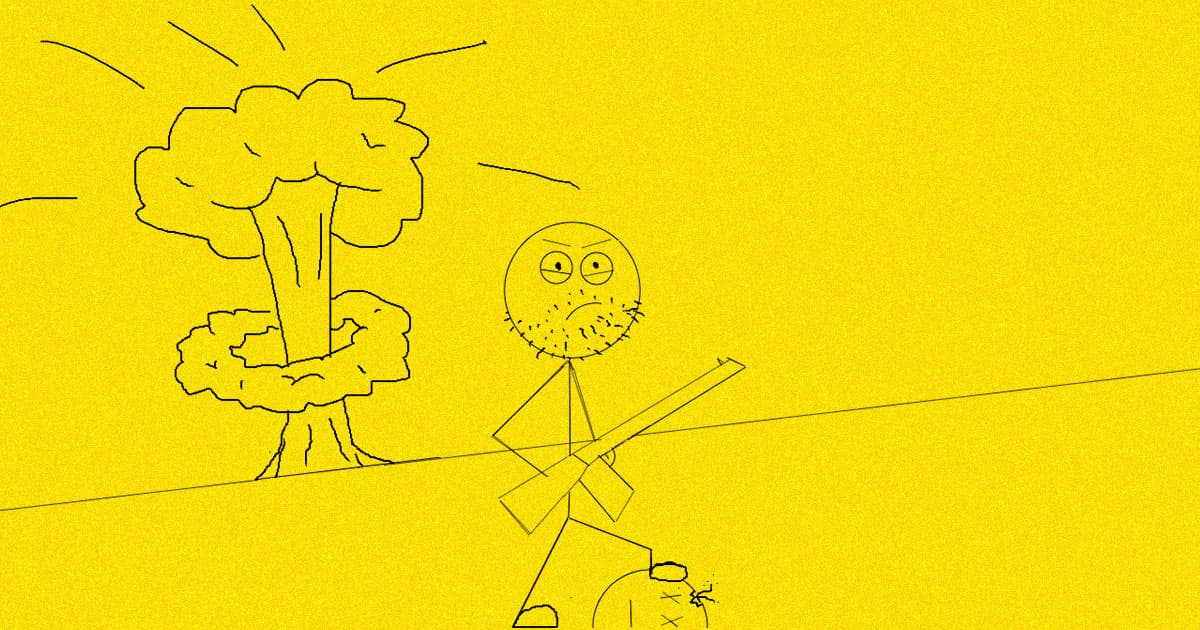 In This Browser Game, Your Opponents Are Neural Networks

A new shooting game pits you against the robot revolution — by battling against neural nets that learn and become increasingly deadly with each level.

The game, succinctly titled "Aim and Shoot," isn't too revolutionary as far as gameplay is concerned. Basically, you can move around and shoot at AI-controlled enemies that try to shoot at you. But the way the game develops is innovative: the two most successful enemies from each level are "crossed" to create a new generation of cleverer baddies in the next round — taking advantage of the way neural nets analyze patterns to learn and improve.

The game, created by software engineer Victor Ribeiro, starts off simple — the baseline neural nets rarely manage to aim their guns at the player. But as they learn how to do damage, they rapidly become dangerous.

Both times I tried the game, I coasted until the neural nets learned that unloading their guns all over the place and filling the screen with bullets was a pretty good strategy. At that point, I started to die almost immediately. On my first playthrough, this happened at level four. But I too learned and got hit less the second time, so the neural net didn't learn that shooting me would lead to success until level six.

Ribeiro previously made a new version of the classic game Space Invaders, where the game uses a genetic algorithm to learn to increase the frequency of whatever type of enemy managed to reach the bottom of the screen.

In all, the games are fun illustrations of how AI learns to find the most efficient solution to a problem — in this case, chillingly, killing the player.

Editor's note: This article incorrectly stated that a previous project by the same developer also relied on neural nets. It has been updated.

More on neural net games: A Neural Network Dreams up This Text Adventure Game as You Play