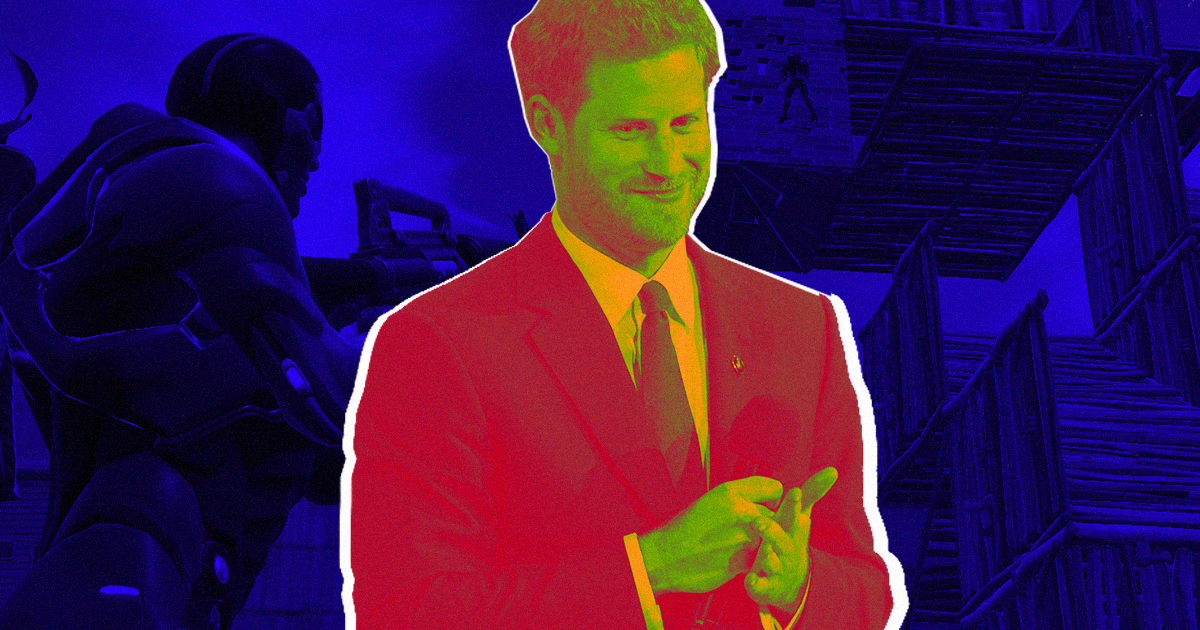 Prince Harry dabs on the Fortniters.

Prince Harry dabs on the Fortniters.

Dabbing on Thy Haters

Prince Harry — His Royal Highness the Duke of Sussex, Earl of Dumbarton and Baron Kilkeel — is on a crusade against the popular video game "Fortnite."

"It's created to addict," Prince Harry told a panel of mental health experts, Variety reports. "An addiction to keep you in front of a computer for as long as possible. It’s so irresponsible."

Going into hardcore dad-mode, the Duke argued that parents ought to take steps to make sure that their kids aren't wholly dependent on social media and games like "Fortnite" for social interactions.

"Without that human connection, when you do have a problem you have nowhere to go," Prince Harry said, according to Variety. "The only place you might go is online and you will probably end up getting bullied."

Research suggests that video game addiction is a real problem that's similar to gambling addiction. But Prince Harry played fast and loose with the data when he, Variety reports, claimed that video games and social media are more addictive than drugs and alcohol.

"It's more dangerous because it's normalized and there are no restrictions to it," Prince Harry told the panel, referring to social media. "We are in a mind-altering time."

More on Fortnite: Fortnite Didn’t Do Anything New. That’s Why It Will Shape The Future Of Gaming.

Russian Block
Teen Sentenced to Prison for Plotting Terror Attack in Minecraft
Feb 11
Read More
Walls Up
China Is Building a Huge New Wall to Allegedly Keep COVID Out
Feb 3
Read More
Dab Hit
Here's The Real Reason Why Fortnite Just Abandoned China
11. 15. 21
Read More
+Social+Newsletter
TopicsAbout UsContact Us
Copyright ©, Camden Media Inc All Rights Reserved. See our User Agreement, Privacy Policy and Data Use Policy. The material on this site may not be reproduced, distributed, transmitted, cached or otherwise used, except with prior written permission of Futurism. Fonts by Typekit and Monotype.