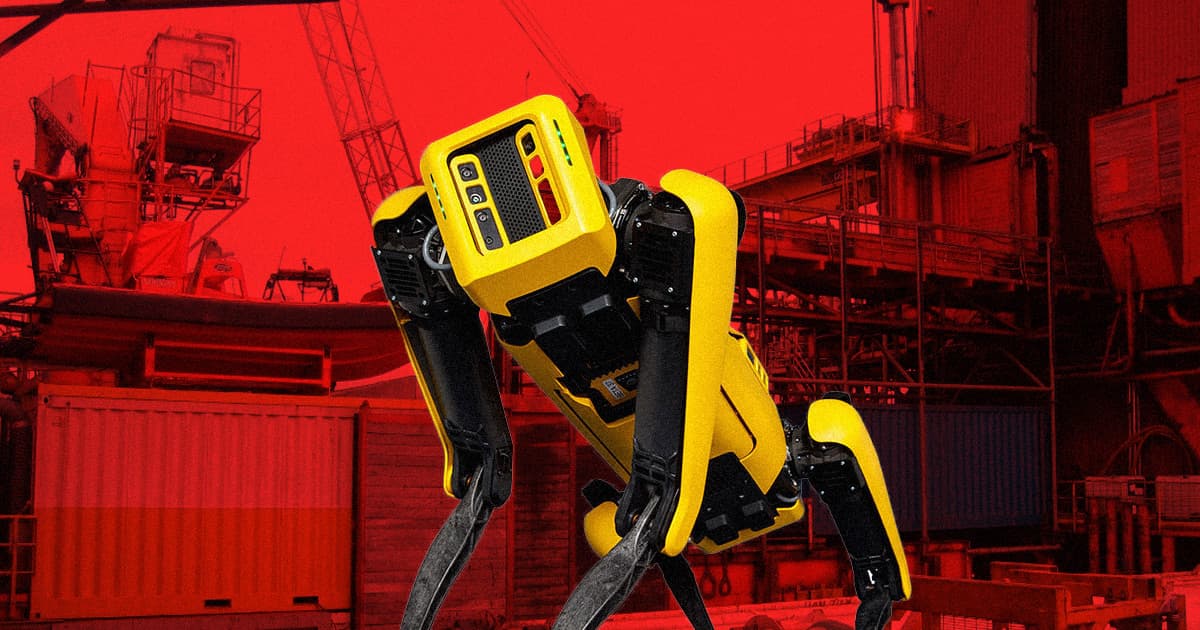 Oil rigs can be incredibly dangerous, making the structures an ideal target for automation.

Aker BP and Cognite have already put Spot to the test in simulated oil and gas environments, according to a press release.

Now, they’re going to test how Spot does patrolling the Skarv installation, where it will run inspections, produce reports, and search for hydrocarbon leaks, Bloomberg reports.

“Our vision is to digitalize all our operations from cradle to grave in order to increase productivity, enhance quality, and improve the safety of our employees,” Aker BP’s CEO Karl Johnny Hersvik said in the press release. “Exploring the potential of robotics offshore underpin our digital journey.”

The oil rig gig won’t be Spot’s first deployment in the “real world.”

In 2019, the Massachusetts State Police leased a Spot from Boston Dynamics to test the robot’s ability to work alongside police officers, a move that some saw as a step toward the violent use of robots against humans.

This newly announced Spot project doesn’t appear poised to cause any humans physical harm. In fact, it’s far more likely to save them from it — though the trade off for that safety might be their jobs.