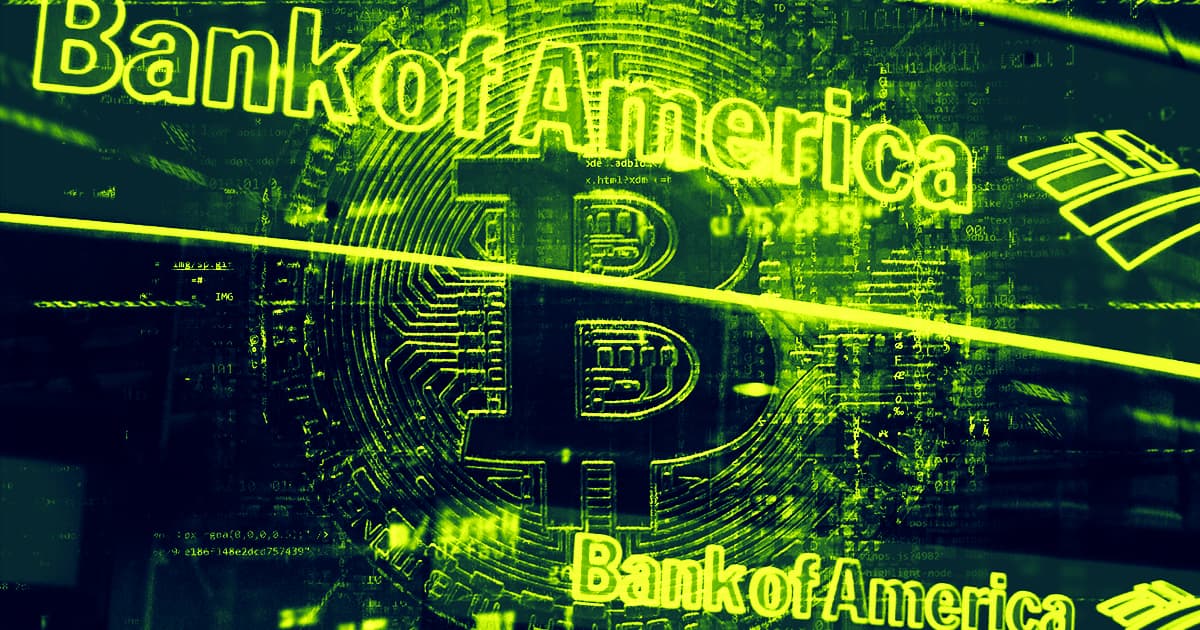 BofA can now build a distributed "ATM as a service" platform.

BofA can now build a distributed "ATM as a service" platform.

Bank of America customers could soon use automatic teller machines, better known as ATMs, that are powered by a blockchain ledger. The company filed a new U.S. patent for the system that was published online Tuesday.

According to the patent, Bank of America could use blockchain tech to verify and track ATM cash transactions and improve ATM performance. The move highlights the tension and irony of the contemporary blockchain ecosystem. BofA, fearful of being left behind by new financial innovation, now holds more than 50 patents for blockchain technologies, according to Coindesk. That could be a sign that it's positioning itself for a serious push into the same decentralized technology that was originally designed to take power away from big banks.

The idea behind the patent, which was first filed in June 2017, is that tracking cash transactions on the blockchain could help plan and predict which ATMs need cash when — the bank would be able to cut down on how costs related to transporting the physical cash, according to Coindesk.

Bank of America also got the rights to new "ATM as a service" platforms, which the patent describes as a way to boost engagement with ATM services like video calls and integration into local marketing campaigns or pop-up stores. These features are seemingly intended to make cash withdrawals fun and trendy.

Two months after the blockchain ATM patent was filed, Bank of America and Wells Fargo cut down on cash-related costs by banning third-party cash deposits. This move away from tangible money recently resurfaced and drew ire by would-be gift-givers over the holiday season.

If this blockchain patent is any indication, we can expect more changes in the future that make things smoother for BofA — even if we get fewer options as a result.