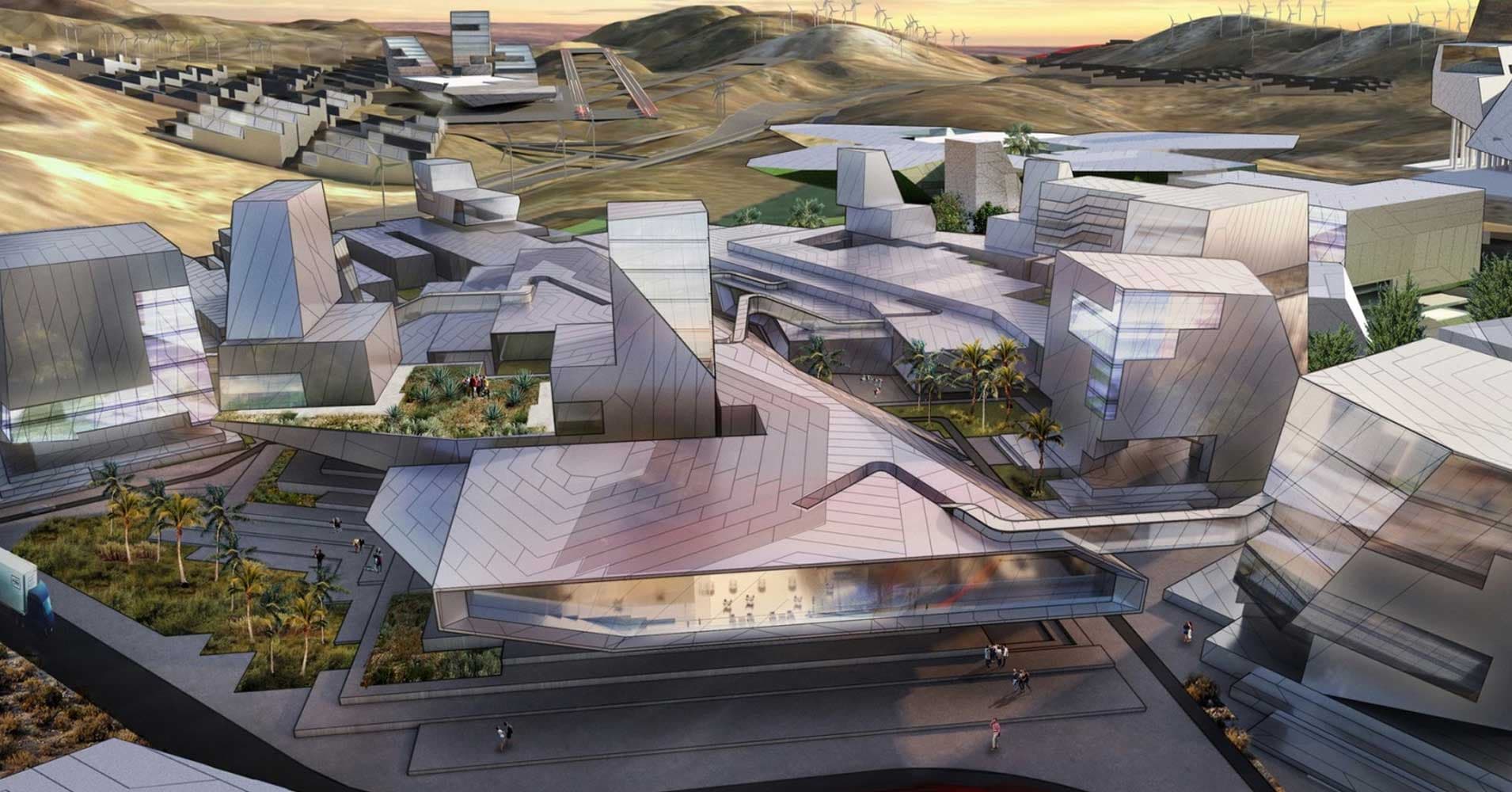 A Millionaire Is Building a Blockchain Utopia in the Nevada Desert

And he's buying up the land around Tesla's Gigafactory.

And he's buying up the land around Tesla's Gigafactory.

Where others might see 67,000 acres of desolate desert, Jeffrey Berns sees a future utopia powered by blockchain.

Earlier this year, Berns's company, Blockchains LLC, bought a vast plot of land surrounding Tesla's Nevada Gigafactory for $170 million. On it, he plans to build an experimental community that operates on a blockchain, the digital ledger technology developed to support bitcoin and other cryptocurrencies.

"This will either be the biggest thing ever, or the most spectacular crash and burn in the history of mankind," Berns told The New York Times. "I don’t know which one. I believe it’s the former, but either way it’s going to be one hell of a ride."

According to The Times, Berns's plan is to populate the land with houses, a business district, a college, and an e-gaming arena, with blockchain serving as the new community's lifeblood.

Every resident and employee of this blockchain city will have an address on the Ethereum network that they'll use to vote, store their personal data, record property ownership, and more.

So far Berns has spent $300 million on his blockchain city, but he didn't earn the money through his career as a lawyer — he made it by selling high on some ether he bought in 2015. Which seems appropriate.

For now, Berns will continuing working on the master plan for his community, with construction expected to begin no earlier than late 2019.

No word yet on when residents will be able to move into this city of the future, so for now, the closest you'll probably be able to get to living on the blockchain is asking your landlord if you can pay your rent in crypto.

Just don't be too surprised if they decline, though — after all, not everyone shares Berns's unshakable faith in the blockchain.

READ MORE: A Cryptocurrency Millionaire Wants to Build a Utopia in Nevada [The New York Times]

More on the blockchain: Here’s Why the Blockchain Might Change the Future (and Why It May Not Live up to the Hype)

Dubious Donations
Politicians Refuse to Say Whether They'll Give Back Donations From Sam Bankman-Fried
11. 16. 22
Read More
Sad!
Melania Trump Accused of Secretly Buying Her Own NFT to Avoid Disgrace
2. 17. 22
Read More
Bye Bye Baby
Lawyer for Crypto Laundering Rapper Says She Won't Flee Because of Her Frozen Embryos
2. 11. 22
Read More
+Social+Newsletter
TopicsAbout UsContact Us
Copyright ©, Camden Media Inc All Rights Reserved. See our User Agreement, Privacy Policy and Data Use Policy. The material on this site may not be reproduced, distributed, transmitted, cached or otherwise used, except with prior written permission of Futurism. Articles may contain affiliate links which enable us to share in the revenue of any purchases made.
Fonts by Typekit and Monotype.