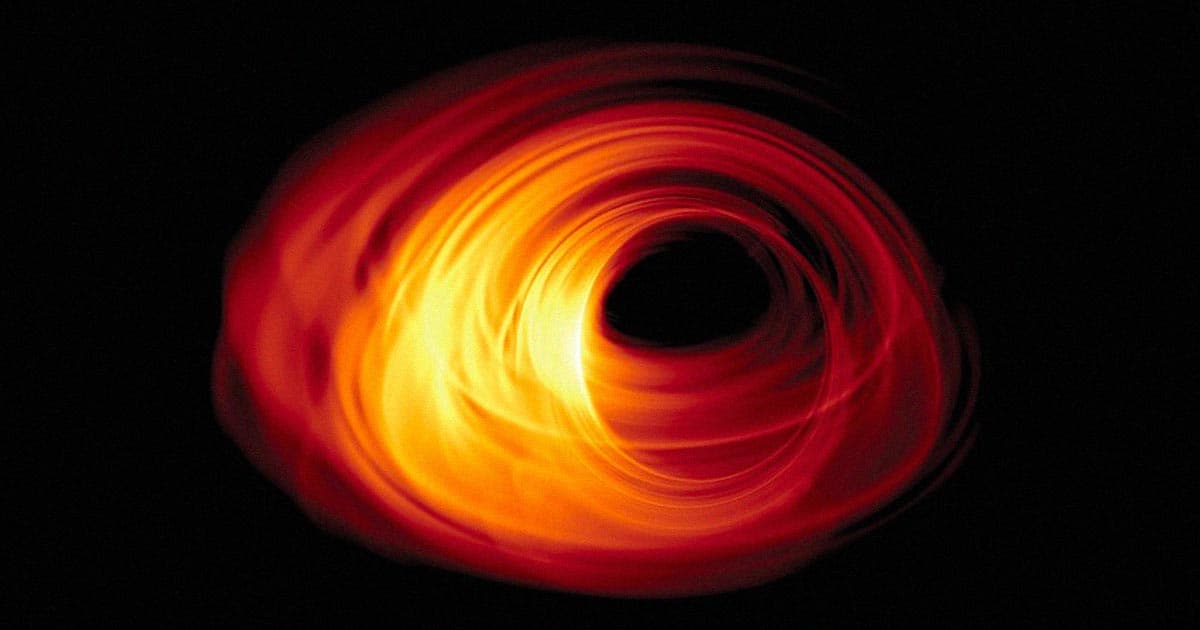 The Black Hole Telescope Scientists Are Hyping Something Huge

They're promising something "groundbreaking."

They're promising something "groundbreaking."

The Event Horizon Telescope (EHT) project, which brought us the first-ever image of a black hole back in 2019, is back for its latest announcement this month — and they're promising something "groundbreaking," including "extensive supporting audiovisual material."

Chances are that the presentation, scheduled for May 12, could give us tantalizing new insights into Sagittarius A*, the supermassive black hole suspected to be lurking at the center of the Milky Way that the EHT team has been studying for years now, according to Science Alert.

While it's exceedingly unlikely we'll get a direct glimpse of the black hole itself — after all, black holes swallow all radiation, including light — we may get a glimpse of its event horizon, the bounding area beyond which light can no longer escape.

Sagittarius A* is far closer than the black hole the team imaged in 2019, which was at the center of the galaxy M87 some 55 million light-years away.

But it's also much smaller, measuring in at "only" 4.3 million times the size of the Sun, and only a measly 26,000 light-years from Earth.

While it's far closer, though, it also happens to be shrouded in a dense cloud of dust and gas.

The EHT is an international collaboration of astrophysicists exploring the immediate environment surrounding a black hole, insights that could fundamentally rewrite our understanding of the cosmos.

We still don't know what the EHT project will surprise us with later this month, but we can't wait to find out.

READ MORE: Astronomers Are About to Make a Massive Announcement About Something in The Milky Way [Science Alert]