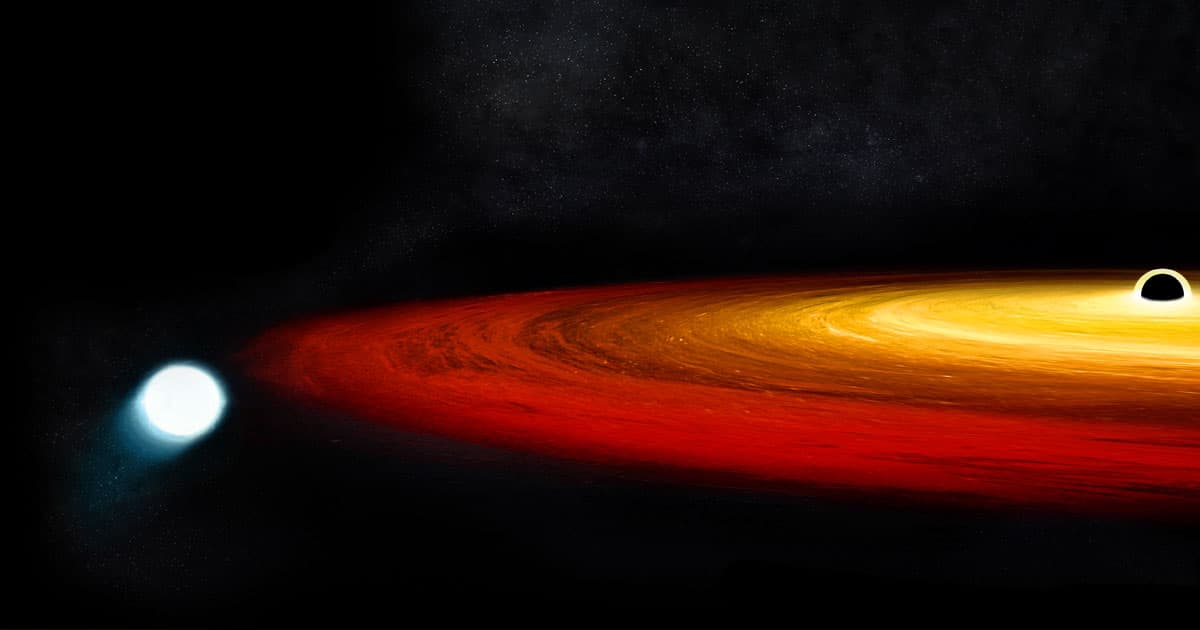 Saving It For Later

Black Hole Devours Outside of Star, Leaves Core Behind

"It will try hard to get away, but there is no escape."

"It will try hard to get away, but there is no escape."

In a gruesome bit of cosmic drama, a distant star was partially devoured by a black hole but managed to escape, at least for the time being.

Looking at x-ray data from NASA and European Space Agency (ESA) observatories, astronomers found what appear to be the remnants of a red giant star that veered too close to a black hole. As a result, the star's outer layers were stripped away — but its core, now just a white dwarf, managed to survive.

Unfortunately for the half-eaten star, astronomers predict the black hole will continue to snack until only a small fraction remains.

"It will try hard to get away, but there is no escape," lead researcher Andrew King, from the University of Leicester, said in a press release. "The black hole will eat it more and more slowly, but never stop."

"In principle, this loss of mass would continue until and even after the white dwarf dwindled down to the mass of Jupiter, in about a trillion years," King added. "This would be a remarkably slow and convoluted way for the universe to make a planet!"

While this near-death experience is a rare find, the fact that he saw it at all leads King to believe that it happens fairly often.

"In astronomical terms, this event is only visible to our current telescopes for a short time — about 2,000 years," King said. "So unless we were extraordinarily lucky to have caught this one, there may be many more that we are missing."