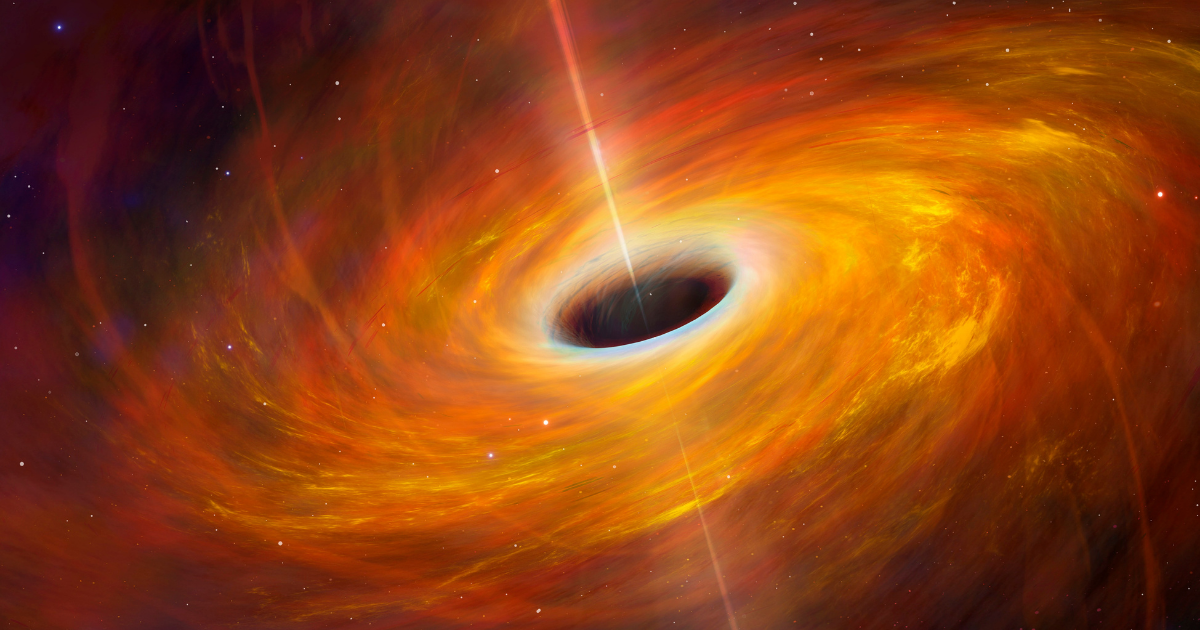 Is this the least deadly black hole in the universe?

Is this the least deadly black hole in the universe?

Not all black holes are the destructive monsters they're often made out to be, according to new research done with the Hubble Space Telescope.

Scientists from Montana State University published an article in Nature this week that found a star formation in Henize 2-10, a dwarf starburst galaxy — and they say the black hole at the center of that galaxy actually created them.

"We conclude that this black-hole outflow triggered the star formation," the authors wrote.

The findings provided insight into a decade-old mystery about whether smaller galaxies had black holes proportional in size to larger ones, according to NASA.

"Ten years ago, as a graduate student thinking I would spend my career on star formation, I looked at the data from Henize 2-10 and everything changed," Amy Reines, a researcher at the University of Virginia and one of the study's authors, told NASA. "From the beginning I knew something unusual and special was happening."

Reines told NASA that she expects even more research into dwarf galaxy black holes in the future. Using them as clues to better understand how supermassive black holes came into existence would solve a persistent problem for astronomers, and NASA reports that of the three leading theories about how black holes are created, none of them stand out as more likely than the others.

"It really has become the big question: where did they come from?" Reines said. "Dwarf galaxies may retain some memory of the black hole seeding scenario that has otherwise been lost to time and space."

It's poetic that an unusually creative black hole defying rules about how black holes are "supposed" to act may actually help scientists understand the most ancient of galactic mysteries.