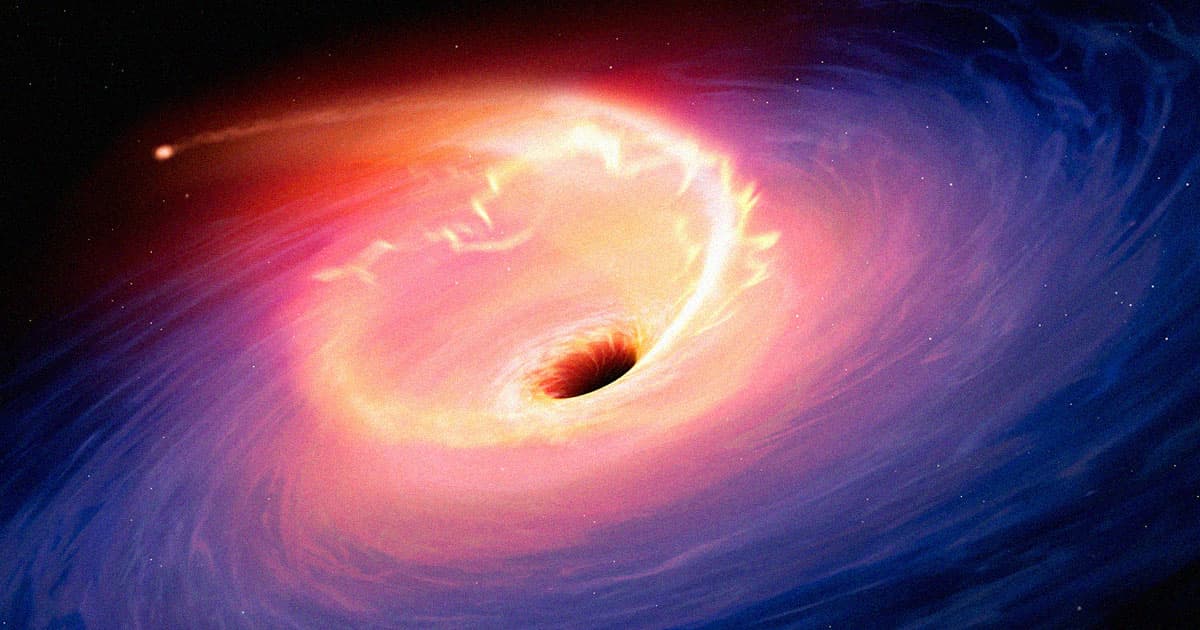 Astronomers May Have Spotted a Black Hole Being Born

"The amount of energy was orders of magnitude more than the typical core collapse supernova."

"The amount of energy was orders of magnitude more than the typical core collapse supernova."

Scientists may have caught a black hole — or possibly a neutron star — in the act of being born.

In 2018, astronomers spotted a mysterious signal coming from some 200 million light years away. At first, they thought it was a supernova, but it was far brighter and quicker than any previous explosion.

The event, later given the suitable nickname "the Cow," has puzzled scientists for years — until now. A team of MIT scientists tracked the unusual flash down to its source, finding something intriguing: millions of high-energy X-ray pulses that flashed at regular intervals, blasting strobes at every 4.4 milliseconds.

The astronomers crunched the numbers and found the object giving out the flares was at most 1,000 kilometers wide, with a mass less than 800 times the mass of the Sun — not big enough, in other words, to be a fully-grown black hole.

"We have likely discovered the birth of a compact object in a supernova," said Dheeraj Pasham, MIT research scientist and lead author of the paper published this week in the journal Nature Astronomy, in a statement.

One other possibility is that "the Cow" was a supernova leading to the creation of a neutron star, the extremely compact remains of a dying star.

But this one was far stronger of a blast than would be expected.

"The amount of energy was orders of magnitude more than the typical core collapse supernova," Pasham said. "And the question was, what could produce this additional source of energy?"

"This happens in normal supernovae, but we haven’t seen it before because it’s such a messy process," he added. "We think this new evidence opens possibilities for finding baby black holes or baby neutron stars."

Pasham and his team are now investigating if a tiny black hole may have been born during the supernova.

The discovery could rewrite the way we understand the universe, and perhaps lead to the discovery of an entirely new class of compact celestial objects.