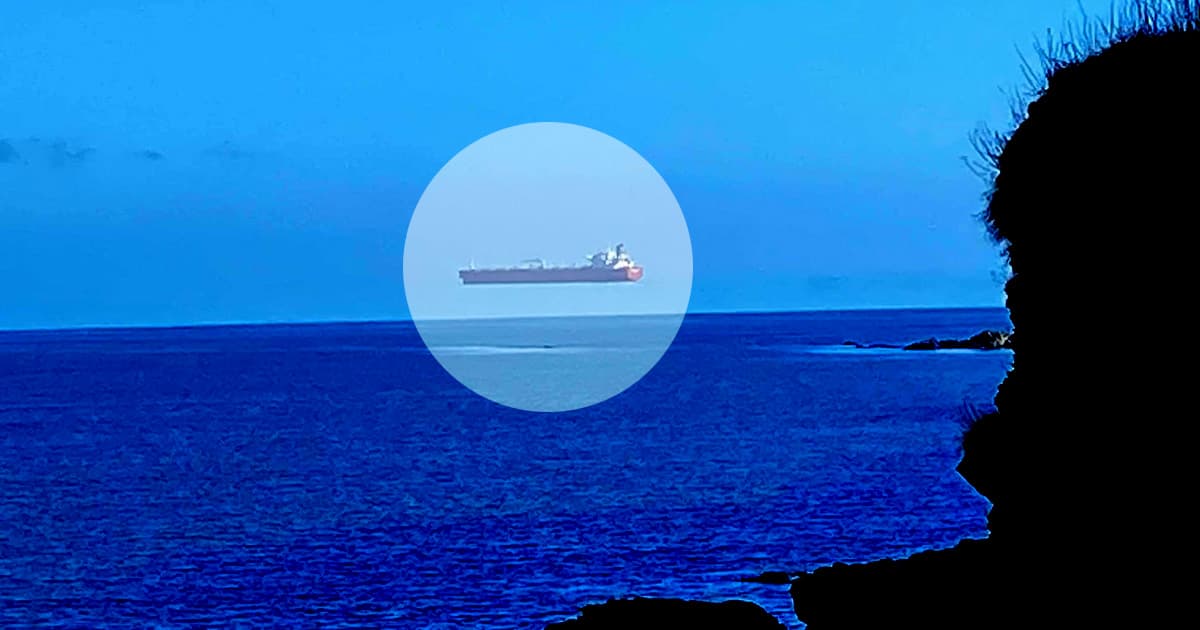 A bizarre photograph of a ship seemingly hovering above the sea off the coast of Cornwall, UK, is making its rounds online this week.

But — shocker — the tanker hasn't actually found a way to defeat the laws of physics. Instead, The Guardian reports, it's an illusion caused by "temperature inversion."

The mirage is caused by warm air sitting on top of a layer of colder air, causing light to refract downwards towards the colder region.

"Since cold air is denser than warm air, it bends light towards the eyes of someone standing on the ground or on the coast, changing how a distant object appears," BBC meteorologist David Braine told The Guardian.

"Superior mirages can produce a few different types of images — here a distant ship appears to float high above its actual position, but sometimes an object below the horizon can become visible," he added.

Here's a simple way to see right through the eye-tricking phenomenon if you ever find yourself staring at a floating ship: the bottom half of the ship, which is submerged in water, will be missing.

More on illusions: Physicists Are Starting to Suspect Physical Reality Is an Illusion