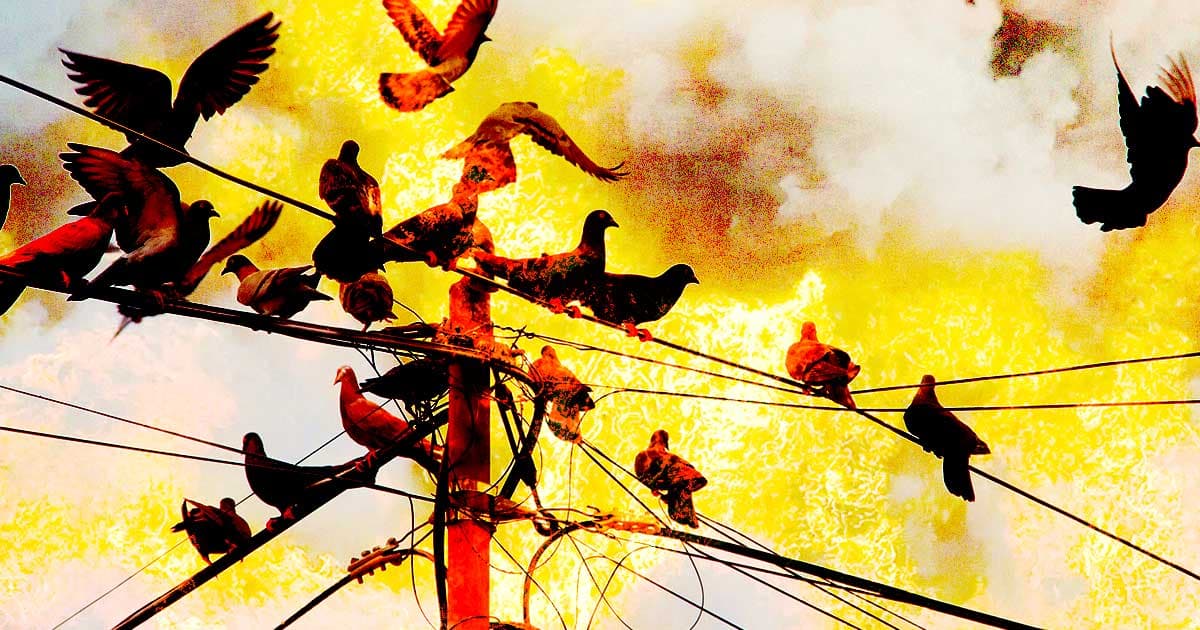 Even worse is the new discovery that when birds on power lines combust from an electric shock and fall to the ground, their dead bodies can cause deadly wildfires. A group of researchers in Colorado published their findings in the journal Wildlife Society Bulletin in early June, and the New York Times' followup gave additional detail about the fowl play, which they say has even been linked to a number of human deaths.

The team estimated that electrocuted birds caused at least 44 wildfires in the US between 2014 and 2018, including 40 acres that got torched in Montana in 2017 because of a hawk holding a snake. The hawk and its prey collided with electric lines, caught on fire, and fell to the ground where it ignited the blaze.

The hawk was found still clutching its slithery prize after the fire was put out.

The team says mitigation efforts are possible and would cost far less money than cleaning up after forest fires, which often burn houses and ruin habitats.

That may well be, though infrastructure changes to the electric grid — which encompasses a staggering 700,000 miles of power lines and 150 million utility poles — would need to be astoundingly effective and scalable. For their part, the Colorado researchers told the NYT that better insulation and strategically placed nesting boxes might be able to put a dent in the issue.

More on the environment: Supreme Court Gives Power Plants Green Light to Pollute As Much As They Want