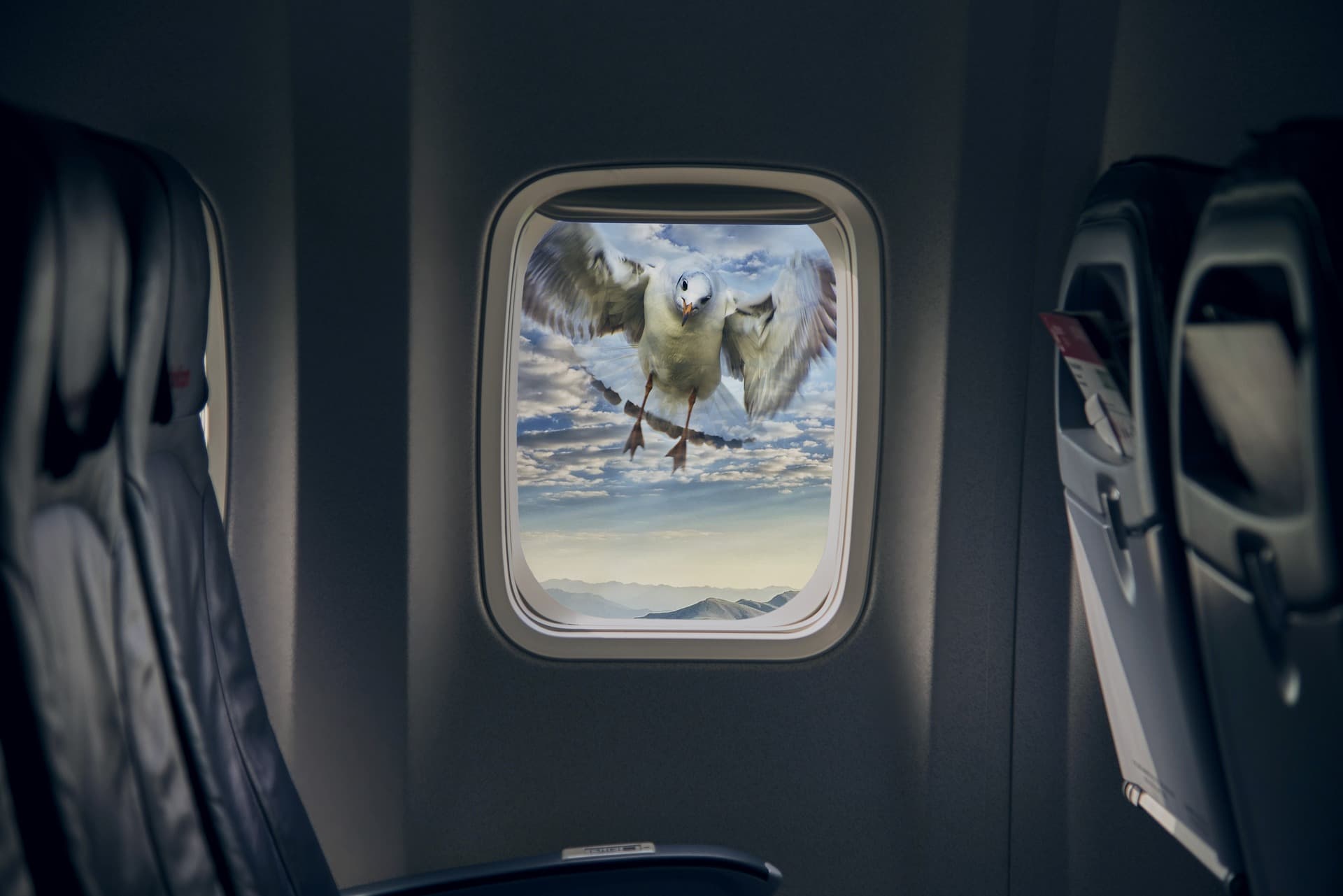 Planes Kill Huge Numbers of Birds. LEDs Could Save Their Lives.

This simple solution could help our feathered friends survive the skies.

This simple solution could help our feathered friends survive the skies.

THE BIRDS AND THE B52S

Each year thousands of birds collide with airplanes, dying in the process. Unfortunately, we haven't been able to figure out an effective way to help the animals survive alongside humans in the not-so-friendly skies.

That may be changing, though. A team from Purdue University has uncovered a simple solution to the problem of bird collisions, at least for one species: adding red or blue LEDs to planes.

The Purdue team described their experiment in a study published this week in the journal PeerJ. They cut two holes in a large board, one on the left side and one on the right, and positioned a large LED light next to each. Each LED could shine in five different wavelengths of light: ultraviolet, blue, green, red, and white.

Then they let a brown-headed cowbird go and observed which hole it chose to fly through, given various choices of LED lights. They chose the species because it is commonly involved in plane collisions and has a visual system well-suited to this kind of experimentation.

They found that the birds consistently avoided a hole if it was lit by an LED that appears blue or red to the human eye — a clue that those colors could be used to deter birds from flying toward airplanes.

Planes aren't the only man-made objects birds collide with while flying — they also slam into buildings, wind turbines, power lines, cars, and more.

As our urban areas sprawl to encroach on areas inhabited by wildlife, placing more of these animals in harm's way. If we want to ensure our structures don't diminish bird populations, we'll need a better way to deter the animals from approaching them, and LEDs look like they could be a viable option.

READ MORE: Millions of Birds Die in Collisions Each Year, but Lights Could Change That [Purdue University]

More on bird collisions: These Robots Chase Birds Away From Airports

New Zealand May Use Genetic Tech to Wipe Out "Undesirable" Species
11. 16. 17
Read More
Are Birds Just Dinosaurs With Beaks? Scientists May Know the Answer
9. 30. 17
Read More
How A Huge Biological Mistake Helps Explain Life As We Know It
1. 14. 16
Read More
+Social+Newsletter
TopicsAbout UsContact Us
Copyright ©, Camden Media Inc All Rights Reserved. See our User Agreement, Privacy Policy and Data Use Policy. The material on this site may not be reproduced, distributed, transmitted, cached or otherwise used, except with prior written permission of Futurism. Fonts by Typekit and Monotype.