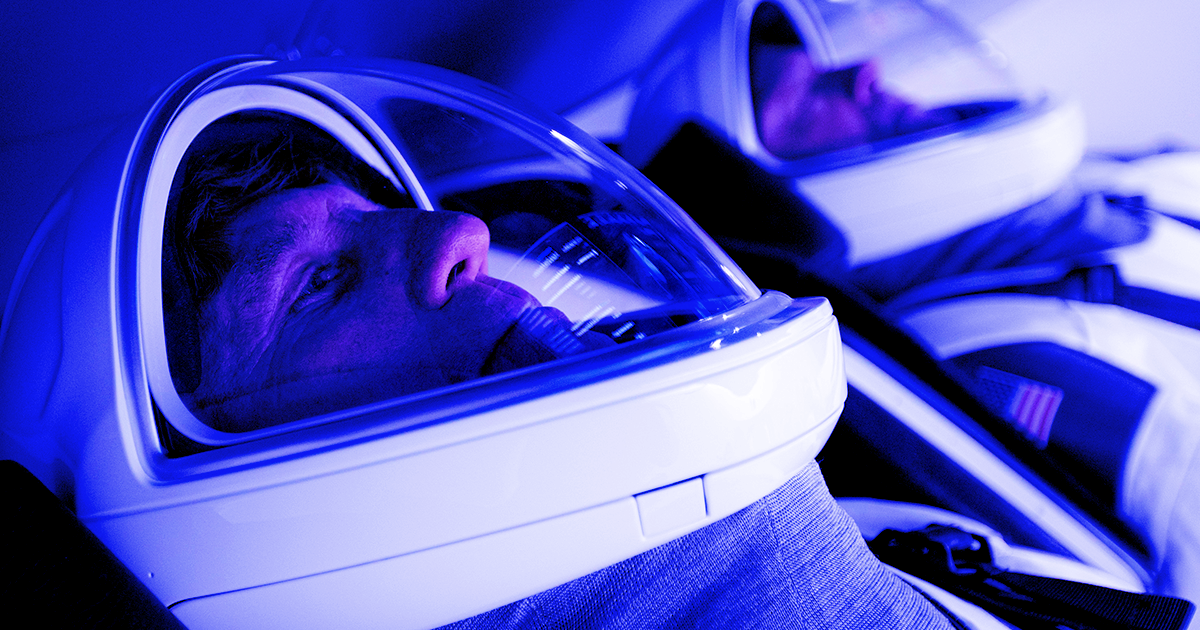 Billionaire Larry Connor is getting ready for what could be his most thrilling adventure yet: piloting the first all-civilian mission to the International Space Station, dubbed Axiom-1, next February.

But he doesn't want his wealth or role in spaceflight history to fool you. Connor is just a regular dude, he told WBNS 10TV, an Ohio-based CBS News affiliate network that profiled the wealthy pilot, mountain climber, car racer, Mariana Trench explorer, and, you know, investor and real estate CEO, giving him the humble moniker "Ohio man."

Aside from spending millions in order to joyride into space, Connor will pilot the mostly-autonomous SpaceX Crew Dragon capsule that the spaceflight company Axiom Space will send into orbit. There, he says he and the other three crewmembers will contribute to important research and teach Ohio schoolchildren about science from orbit.

"I wasn't interested in being a space tourist," Connor told 10TV. "There's a lot of work that has to be done at the International Space Station. That's why we've formed a partnership with the Cleveland Clinic and the Mayo Clinic to do real groundbreaking experiments."

"It's been great that not only me but the other three crew members have all volunteered with Cleveland Clinic and Mayo to be in essence, human guinea pigs and any experiments they want to do prior to the flight, during the flight, or after the flight," he added.

But don't you dare call Connor a hero. The billionaire insisted to 10TV that he's just a regular guy and that anyone else could do what he's doing. Currently, that's a roughly six-month astronaut training crash course designed to get him ready. Besides, he prefers "pioneer" and went as far as drawing a comparison between his willingness to buy a pricey ticket to space and Elon Musk investing in Tesla and SpaceX in the first place.

"Hopefully we are pioneers in that regard to help move space exploration forward," Connor told 10TV.  "Anytime you are starting something, it's going to be really, really expensive."