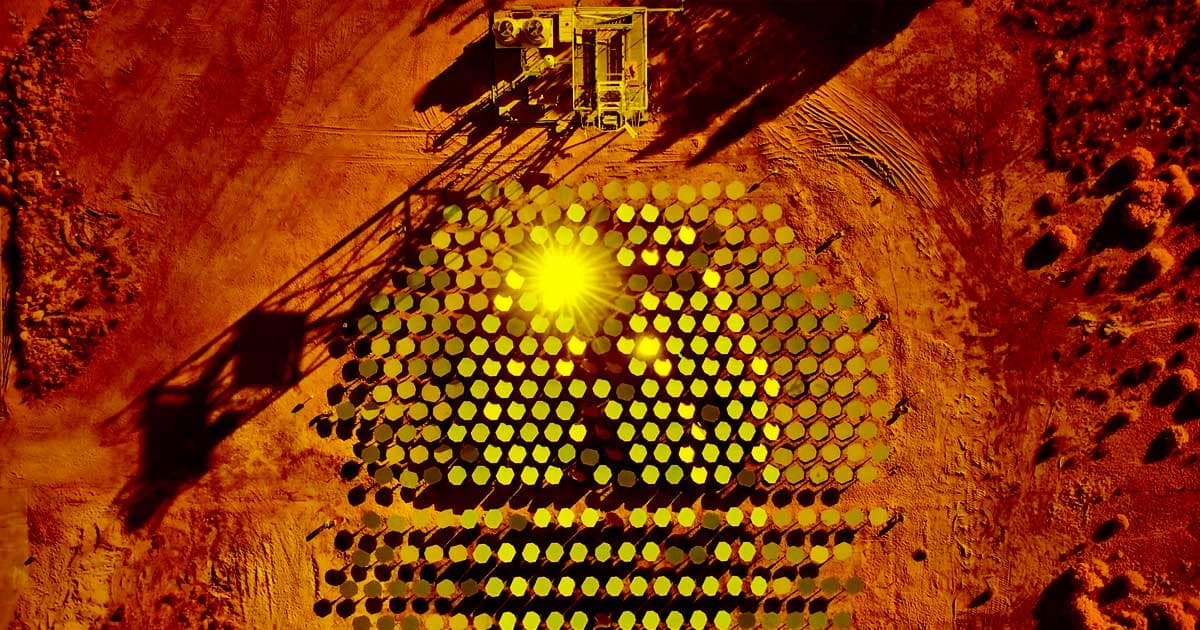 That's a quarter the temperature of the surface of the Sun.

That's a quarter the temperature of the surface of the Sun.

Heliogen used an artificial intelligence algorithm to position a massive array of mirrors so that they all redirected sunlight onto a single point — heating it to over 1,000 degrees Celsius, according to CNN, which is about a quarter of the temperature on the surface of the Sun. That's hot enough to manufacture things like steel and cement, raising the possibility of eradicating a major source of greenhouse gas emissions by switching to solar.

Heliogen isn't the first to focus sunlight and create what's called a solar oven. But it is the first to reach such a high temperature, an achievement that the company credits to its use of AI to position the mirrors.

If the technology scales up, Heliogen suspects it could replace fossil fuels at cement manufacturing plants, which the International Energy Agency calculates are responsible for seven percent of global CO2 emissions.

"We are rolling out technology that can beat the price of fossil fuels and also not make the CO2 emissions," Heliogen CEO Bill Gross told CNN. "And that's really the holy grail."

Gross has ambitious plans to use solar ovens to decarbonize vast swathes of the economy. He's now trying to scale up his company's technology so that it could power the facilities that produce steel, cement, and even hydrogen fuel.

"If you can make hydrogen that's green, that's a gamechanger," Gross told CNN. "Long term, we want to be the green hydrogen company."