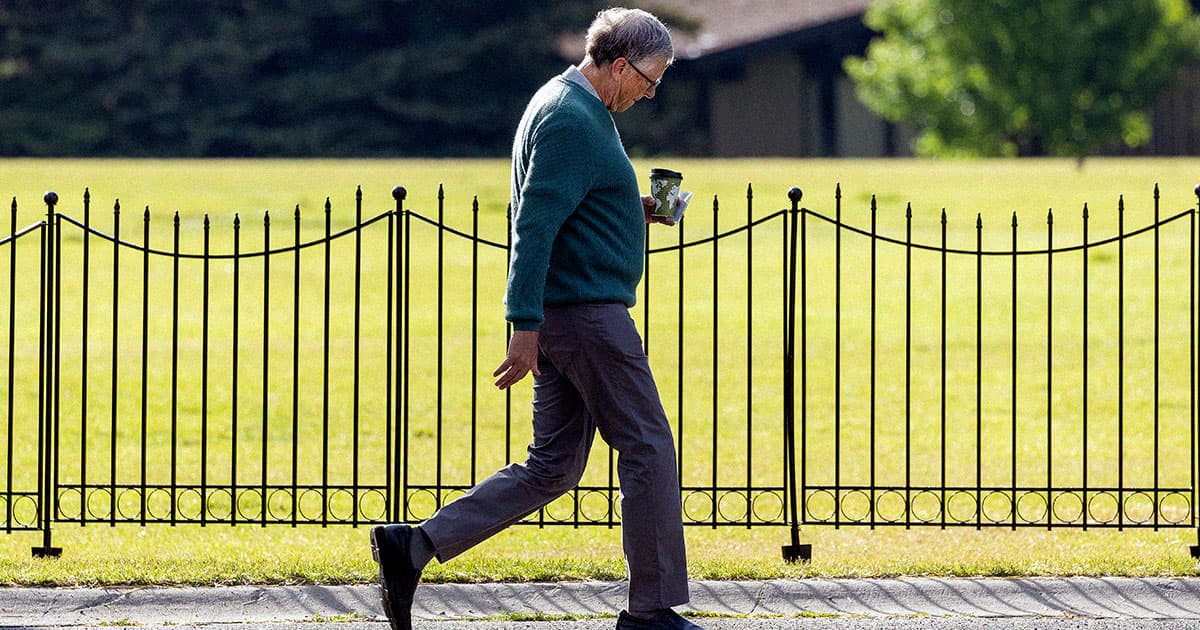 Tell us something we don't know, guy!

Tell us something we don't know, guy!

If you're upset about the current state of world affairs, you're not alone. Billionaire Microsoft founder Bill Gates is also bummed, and in a series of depressing tweets, the philanthropist reminded us why.

"The pandemic is one of the biggest setbacks in history," he gloomily mused. "The war on Ukraine is a gigantic tragedy for the entire world. The damage from climate change is already worse than most models predicted. The U.S. has taken a huge step backwards for gender equality and women’s health."

Tell us something we don't know, guy! But fortunately, Gates has offered a solution to the world's problems: himself.

Well, technically he's offering the Gates Foundation, which he founded in 2000 with ex-wife Melinda. The Microsofter tweeted that by 2026, his foundation will have upped spending from $6 billion to $9 billion annually.

To achieve this goal, he's pledged to transfer $20 billion from his personal deep pockets to the endowment fund by the end of the month.

"As I look to the future, I plan to give virtually all of my wealth to the foundation," he added in a further post. "I will move down and eventually off of the list of the world's richest people."

In 2021 alone, America's richest one percent gained about $6 trillion between them, according to CNBC, while the bottom 90 percent of all Americans saw their wealth decline overall. Those are staggering numbers, and we're sure that all of us can think of a few world-bettering things that we'd like to see happen with that money.

That being said, while it's great to see one of the world's top elites commit so much money to an alleged attempt to save the world — instead of, say, trying to buy Twitter on a whim — Gates is still an individual. These expensive promises sure do sound lovely, but we'll believe it when we see it.

"I have an obligation to return my resources to society in ways that have the greatest impact for reducing suffering and improving lives," Gates concluded. "And I hope others in positions of great wealth and privilege will step up in this moment too."

Market Madness
Bill Gates Says He's Quite Concerned About the Global Economy
May 10
Read More
Evil Personified
Melinda Gates Slams Ex-Husband for Friendship With "Abhorrent" Jeffrey Epstein
Mar 3
Read More
Lucky Bastard
Billionaire Space Tourist Basically Says "Let Them Eat Cake"
12. 16. 21
Read More
+Social+Newsletter
TopicsAbout UsContact Us
Copyright ©, Camden Media Inc All Rights Reserved. See our User Agreement, Privacy Policy and Data Use Policy. The material on this site may not be reproduced, distributed, transmitted, cached or otherwise used, except with prior written permission of Futurism. Articles may contain affiliate links which enable us to share in the revenue of any purchases made.
Fonts by Typekit and Monotype.