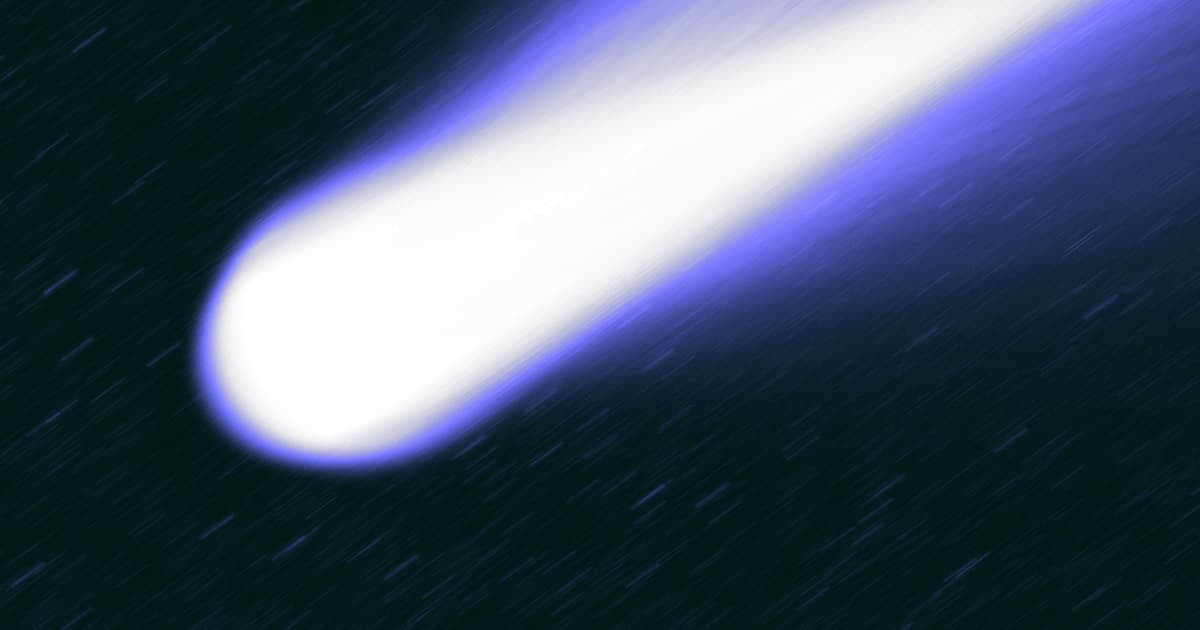 The Biggest Comet Ever Discovered Is About to Cruise by Earth

Astronomers have confirmed the existence of a gigantic comet — and they say it’s headed towards Earth.

The comet was discovered by University of Pennsylvania astronomers Pedro Bernadinelli and Gary Bernstein, according to The Daily Beast. The pair initially found evidence of a 60 to 100 mile wide comet seven years ago and have finally released a paper confirming it late last month in the journal The Astrophysical Journal Letters.

Dubbed the Bernardinelli-Bernstein (BB) comet, the astronomers also described it as the "nearly spherical cow of comets" in the paper.

Perhaps most disconcertingly is the fact that the comet is headed towards Earth for a return journey that began during the original astronomical events that created our planet billions of years ago.

In fact, it’s next close approach will be in 2031. Luckily for us, it’ll be well out of reach, cruising between the orbits of Uranus and Saturn.

Window into the Past

Scientists say it’ll provide them with an amazing opportunity to study the object, which they hope will reveal groundbreaking discoveries about what the solar system was like before the planets were created.

"It’s pristine," Bernardinelli told The Daily Beast. "Not a lot has happened to this object since its formation in the early days of the solar system, and so we can think of it as a window into the past."

READ MORE: The Most Monstrous Comet Ever Known Is Headed Straight for Us [The Daily Beast]

More on comets: Comet Sails Past Earth, Leaving Trail of Alcohol In Its Wake