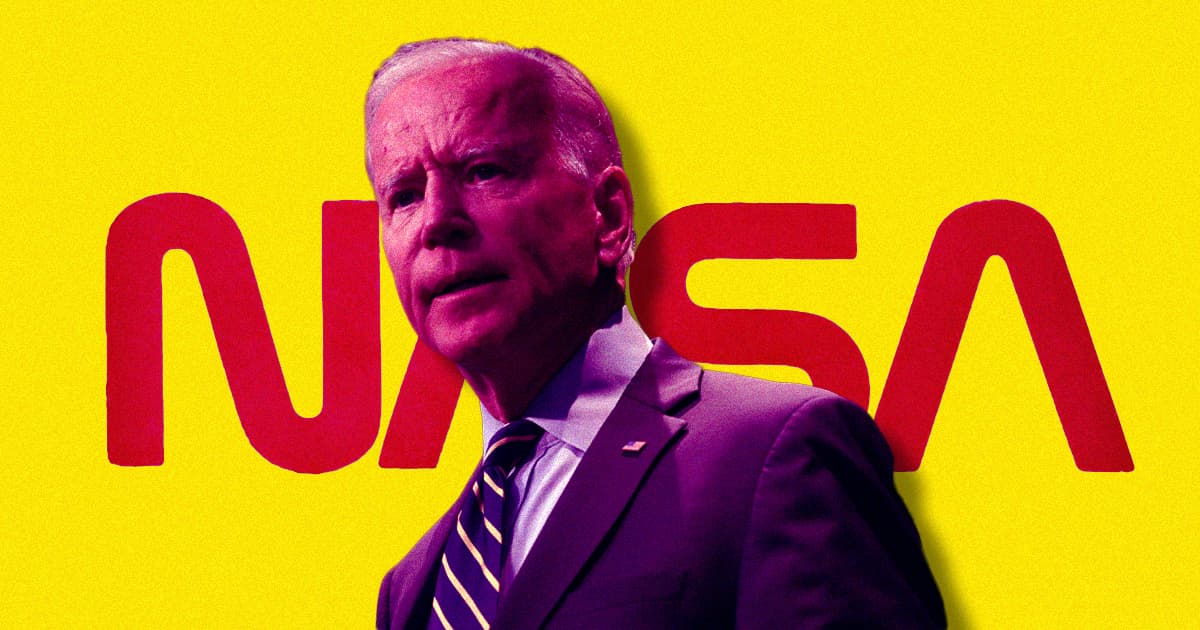 The team includes scientists, government officials, and even an astronaut — and it's far more diverse than today's NASA leadership.

The team includes scientists, government officials, and even an astronaut — and it's far more diverse than today's NASA leadership.

As part of U.S. president-elect Joe Biden's transition into office, he's appointed a squad of eight volunteers to catch him up.

The team includes a diverse mix of NASA personnel including a former astronaut and several chief scientists, according to Space.com. While the team is made up of temporary volunteers — they aren't members of Biden's cabinet as much as transition-period aides — its composition illustrates a much deeper commitment to gender and racial diversity than NASA's current leadership. Over the next two months, the team will help Biden them transition into power and prep them for NASA's future under their leadership.

Biden's transition website lays out the roster for each of his department-specific agency review teams as well. In addition to scientists, Biden has also tapped an ACLU leader who served as acting director of the Presidential Personnel Office during the Obama administration.

"Agency review teams are responsible for understanding the operations of each agency," the site reads," ensuring a smooth transfer of power, and preparing for President-elect Biden and Vice President-elect Harris and their cabinet to hit the ground running on Day One."

The team will have its work cut out it for it, especially given current NASA Administrator Jim Bridenstine's recent announcement that he will leave NASA once Biden replaces Trump. Though, to his credit, Bridenstine oversaw NASA as it made strides to promote women in space and committed to sending the first woman to the Moon

But Biden is also no stranger to NASA. During the Obama administration, Biden reportedly played a large role in NASA's operations, even helping coordinate the space agency's ongoing partnership with SpaceX.

More on Biden: Joe Biden Was Behind NASA’s Historic SpaceX Launch This Week