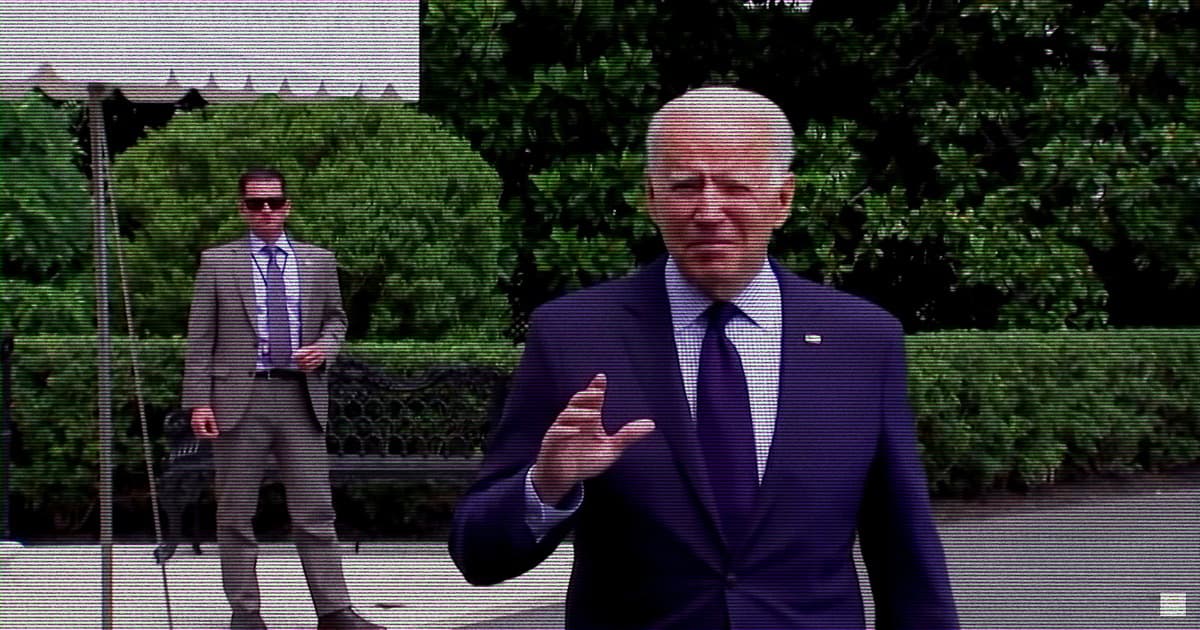 The White House criticized the platform for spreading misinformation about COVID-19.

The White House criticized the platform for spreading misinformation about COVID-19.

President Joe Biden levied some of his strongest criticism of Facebook yet on Friday after he said that social media sites like the platform are "killing people" by allowing COVID-19 misinformation to run rampant.

When asked by a reporter what his message to platforms like Facebook was, Biden replied, "They’re killing people."

"I mean they really, look, the only pandemic we have is among the unvaccinated, and that’s — they’re killing people," Biden said.

Watch the exchange below:

Biden’s criticism came after White House press secretary Jen Psaki announced that the administration was reporting posts on Facebook that it believes is spreading misinformation about COVID-19.

"We’ve increased disinformation research and tracking within the Surgeon General’s office," Psaki said at a Thursday press briefing. "We’re flagging problematic posts for Facebook that spread disinformation. We’re working with doctors and medical professionals to connect medical experts with people who are popular with their audiences [...] So we’re helping get trusted content out there."

Psaki also stirred a bit of controversy on Friday when she seemed to suggest that those who spread misinformation be banned from all social media platforms — not just one.

"You shouldn’t be banned from one platform and not others if you [provide] misinformation out there," she said at the Friday briefing.

Jen Psaki just suggested that people spreading misinformation be banned from other/all platforms if they're banned from one. pic.twitter.com/SlNXJTXi0I

This, of course, has some uniquely scary implications. After all, the executive branch of the US government is suggesting a total deplatforming of anyone who’s considered to be spreading misinformation. This brings up the question of who exactly is the one dictating what is and isn’t permissible online speech.

But it's also important to keep in mind that platforms like Facebook have been used as a tool by bad actors to spread baseless conspiracy theories and misinformation. So while it’s important to hold these big tech companies accountable, we should be incredibly cautious of the dangers of policing online speech.

More on social media: Scientists Warn That Social Media Could Be a Threat to Civilization