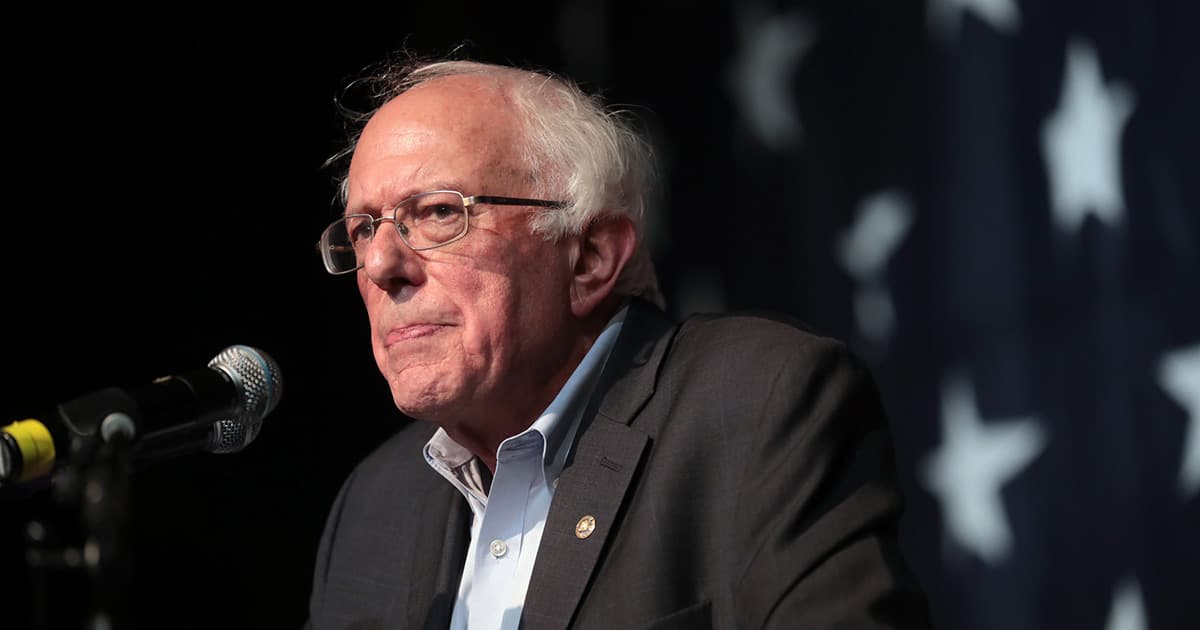 Bernie Sanders: Spend Money on the Climate Instead of Weapons

Presidential Candidate Bernie Sanders has a suggestion: stop spending so much money on the military and global warfare, and instead put it toward fighting climate change.

He made the argument during Thursday night's Democratic Party debate, The Hill reports. Sanders, who's previously introduced legislation to declare a state of emergency to mobilize against the existential threat that climate change poses, argued that the money to fund climate programs exists — but it's being spent in the wrong places.

Thursday's debate wasn't Sanders' first attempt to push back against militarization: in August, he made a campaign promise that would stop police from using facial recognition systems, the flaws of which have only grown increasingly apparent.

"Maybe, just maybe, instead of spending $1.8 trillion a year globally on weapons of destruction," Sanders said during the debate, "maybe an American president — i.e. Bernie Sanders — can lead the world and instead of spending money to kill each other, maybe we pool our resources and fight our common enemy, which is climate change."

READ MORE: Sanders: Instead of weapons funding we should pool resources to fight climate change [The Hill]