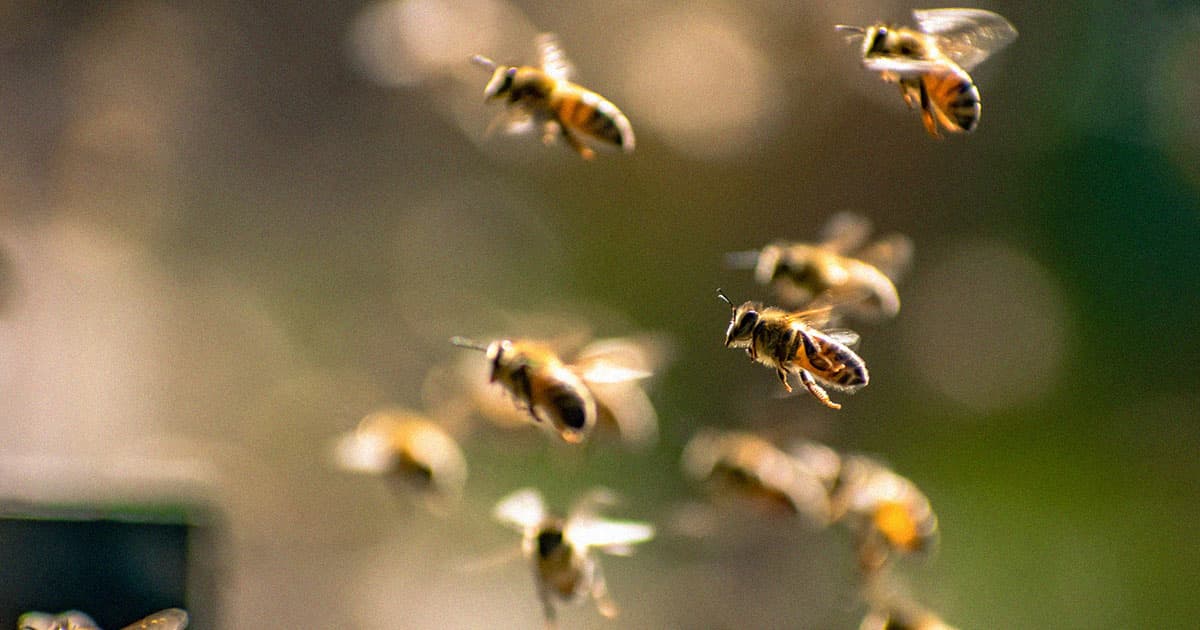 Turns out bee wings get more jagged and asymmetrical when the bees they're attached to are stressed out, a new study says.

Bloomberg reported this week that analysis of bee specimens from across the UK suggests that they're all reacting negatively during their development when the weather is hotter and wetter. Two different universities collected information and jointly published separate papers in the Journal of Animal Ecology describing the alarming findings.

"With hotter and wetter conditions predicted to place bumblebees under higher stress, the fact these conditions will become more frequent under climate change means bumblebees may be in for a rough time over the 21st century," senior coauthor Richard Gill, of Imperial College London, told the magazine of the finding's implications.

The work builds on much existing research suggesting that bees are in serious trouble. According to news outlet Open Access Government, populations of large bees are particularly threatened, putting the whopping 75 percent of the 115 top global food crops that depend on pollination in serious risk.

The bright side is that data like this may be able to help assist populations across the globe.

Coauthor Andres Arce of the University of Suffolk said the goal of the project is to pinpoint exactly how bees react to specific climate conditions, and then mobilize ahead of today's climate events to help support bee health.

"We hope to be able to forecast where and when bumblebees will be most at risk and target effective conservation action," Arce told Bloomberg.

Making moves to save the bees — finally, something to buzz about.

More on climate change effects: They Keep Finding More Skeletal Remains at This Drying Up Lake