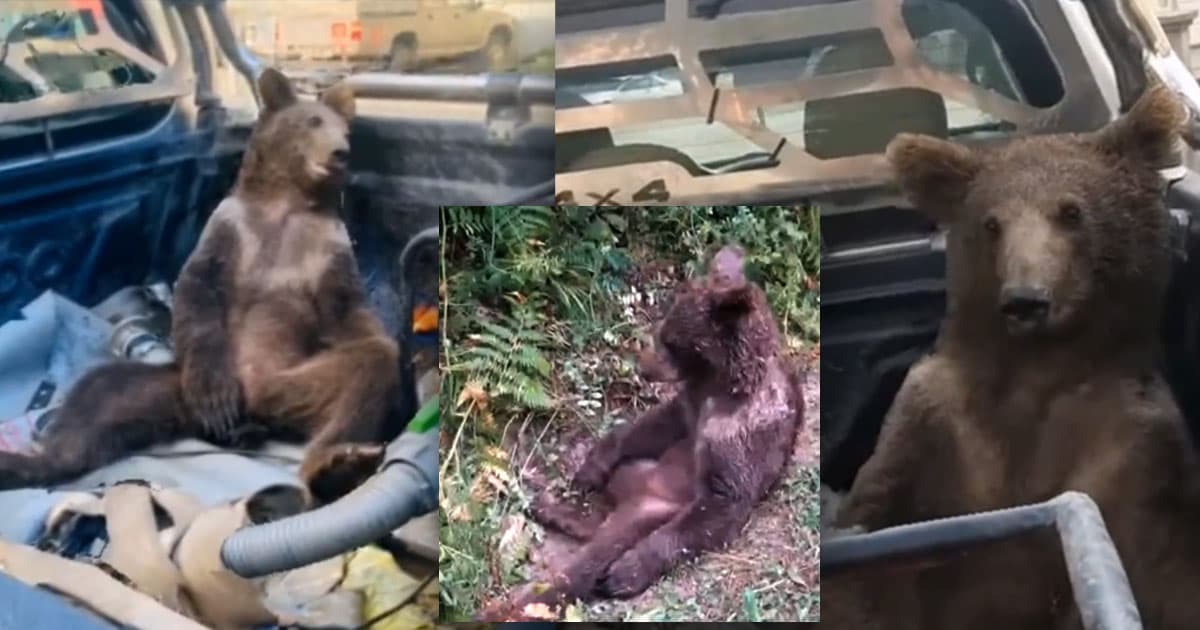 8. 16. 22
Turkish Ministry of Agriculture and Forestry

A Turkish black bear cub got its paws on a questionable treat: hallucinogenic "mad honey" that sent it on a very bad trip, as seen in video footage shared by Turkey’s Ministry of Agriculture and Forestry, The Washington Post reports.

Bees produce the substance after feeding on rhododendron flower pollen, which carry a natural neurotoxin called grayanotoxin. The neurotoxin can induce hallucinations, and trigger other bodily responses including blurred vision and vomiting.

Footage shows the bear, dubbed Balkiz, looking dazed and confused as it sits upright on the back of a pickup truck, presumably questioning its life choices.

Fortunately, veterinarians were able to save the bear.

"Balkiz's health condition is good, we will leave her to her living space as soon as possible," reads an update by the Turkish Ministry of Agriculture and Forestry.

Balkiz is far from the first to get a taste of the "mad honey." According to researchers, there are reports of Greek soldiers poisoning themselves in 401 BC after returning from their victory following their defeat of the Persians.

"They decided to feast on local honey stolen from some nearby beehives," retired anthropology professor Vaughn Bryant told the WaPo. "Hours later the troops began vomiting, had diarrhea, became disoriented and could no longer stand; by the next day the effects were gone and they continued on to Greece."

According to Bryant, the Persians set a literal honeypot trap hundreds of years later and got their revenge on the Greeks, who were unable to fight after eating the honey.

These days, the honey is extremely rare and sought after for its purported medicinal properties, according to The Guardian. In Turkey, some even seek it out for recreational use.

As for Balkiz, the lesson learned after the unfortunate encounter is pretty straightforward.

"May she eat everything in moderation, even honey," Turkey’s minister of agriculture and forestry, Vahit Kirisci, tweeted in response to the news of Balkiz's eventual release back into the wild.

More on hallucinogens: This Therapeutic VR Experience is Just Like Tripping on Acid