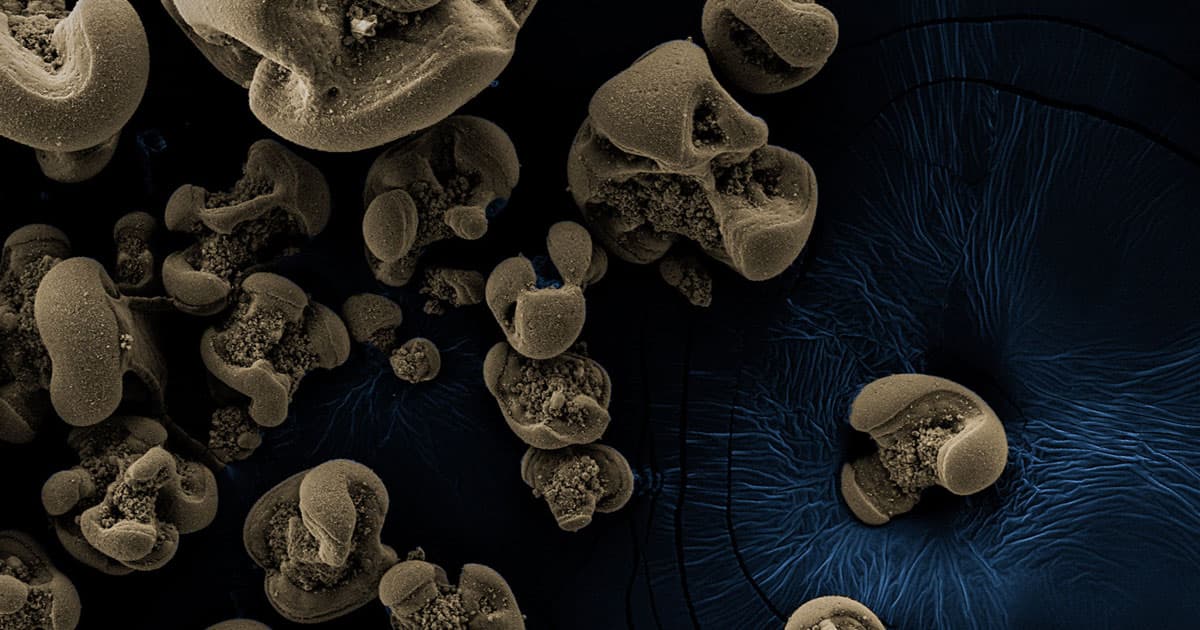 A newly-discovered bacteria is capable of gobbling up the metal manganese and use it as a source of nutrition.

Jared Leadbetter, an environmental microbiologist at Caltech, found the bacteria almost purely by chance after he left glassware to soak in tapwater after conducting experiments with manganese. The next day, according to a university press release, he found the instruments coated in a weird film — the waste left behind after the bacteria enjoyed its snack.

Other bacteria consume manganese, but this is the first that can chemosynthesize it into useful fuel and leave behind manganese oxides. Such a bacteria has long been theorized and sought after, but no one had ever found it before. Leadbetter suggests that the finding, published Wednesday in the journal Nature, may have solved a mystery with water pipes in the area.

"There is a whole set of environmental engineering literature on drinking-water-distribution systems getting clogged by manganese oxides," Leadbetter said in the release. "But how and for what reason such material is generated there has remained an enigma. Clearly, many scientists have considered that bacteria using manganese for energy might be responsible, but evidence supporting this idea was not available until now."

The discovery could also finally explain peculiar manganese orbs that dot the ocean floor — it's possible that large colonies of the elusive bacteria, or something similar, could have gradually built them up.

"This underscores the need to better understand marine manganese nodules before they are decimated by mining," Caltech researcher Hang Yu said in the release.

More on bacteria: This Professor Wants To Grow Entire Buildings out of Bacteria

What Lies Beneath
Researchers Say "Conan the Bacterium" Could Be Hidden Beneath Mars’ Surface
10. 30. 22
Read More
Gene-Hacked Blood Suckers
Residents Furious at Release of 500 Million Gene-Hacked Mosquitoes
4. 26. 21
Read More
Brands We Love
Microbes Are Making Merry on Your Mattress. But These Bed Sheets Can Put a Stop to It.
1. 29. 21
Read More
+Social+Newsletter
TopicsAbout UsContact Us
Copyright ©, Camden Media Inc All Rights Reserved. See our User Agreement, Privacy Policy and Data Use Policy. The material on this site may not be reproduced, distributed, transmitted, cached or otherwise used, except with prior written permission of Futurism. Articles may contain affiliate links which enable us to share in the revenue of any purchases made.
Fonts by Typekit and Monotype.