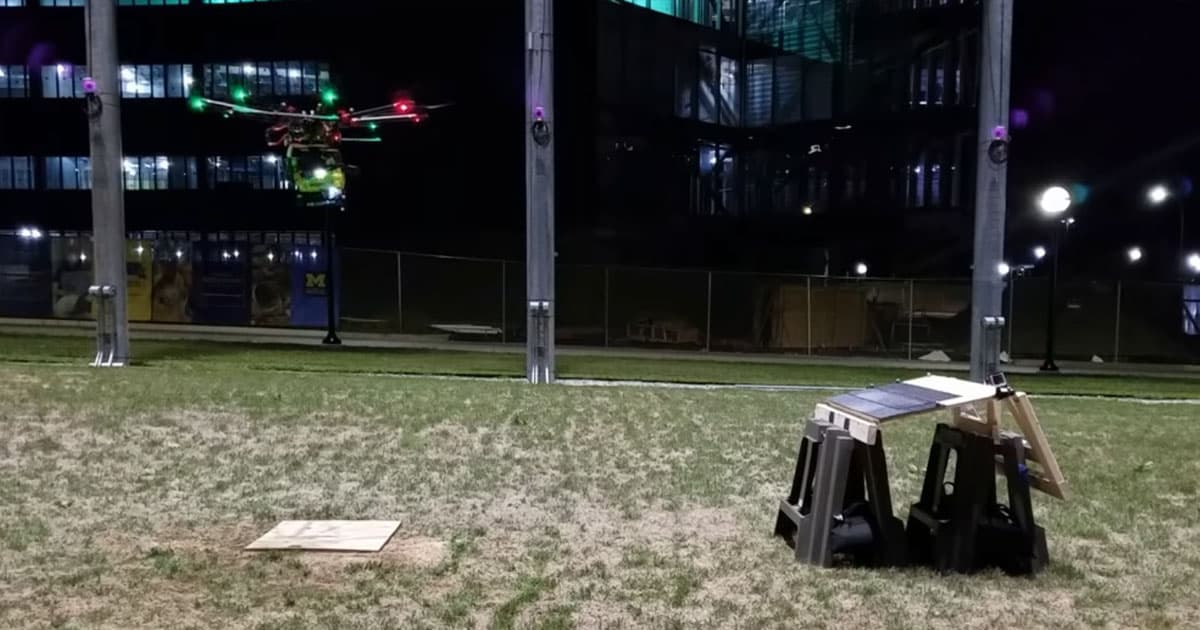 Researchers Strapped a Nail Gun to an Autonomous Drone

There’s no way this could go wrong.

There’s no way this could go wrong.

Experts predict that autonomous systems will take over three types of jobs first: ones that are dull, dirty, or dangerous.

To that end, a team of researchers decided to see if they could build a robot that would save humans from the perilous task of climbing on top of houses to install new shingles. And they succeeded — by strapping a nail gun to a drone.

Once you put aside any thoughts of that horrific nail-gun death scene in "Final Destination 3," the roofing drone — described in a paper published to the pre-print server arXis — is pretty clever.

By combining two off-the-shelf devices — a nail gun and a DJI S1000 octocopter — with a series of cameras and markers, the University of Michigan team was able to train the drone to approach a makeshift roof and deploy a nail precisely where one was needed, a skill demonstrated in a video released alongside the paper.

Of course, the roofing drone is nowhere near as fast as a professional roofer, meaning those jobs are still safe from an automation takeover — at least for now.

The team is already working to improve the drone's nailing speed, and if they can to that — and increase the drone's flight time from the current 10 minutes — we could see entire fleets of nail-gun wielding drones flying over homes in the future.

Let's hope all the humans on site remember to wear their hard hats.

More on drones: FAA Reminder: Don’t Fly a Drone With a Weapon Attached to It