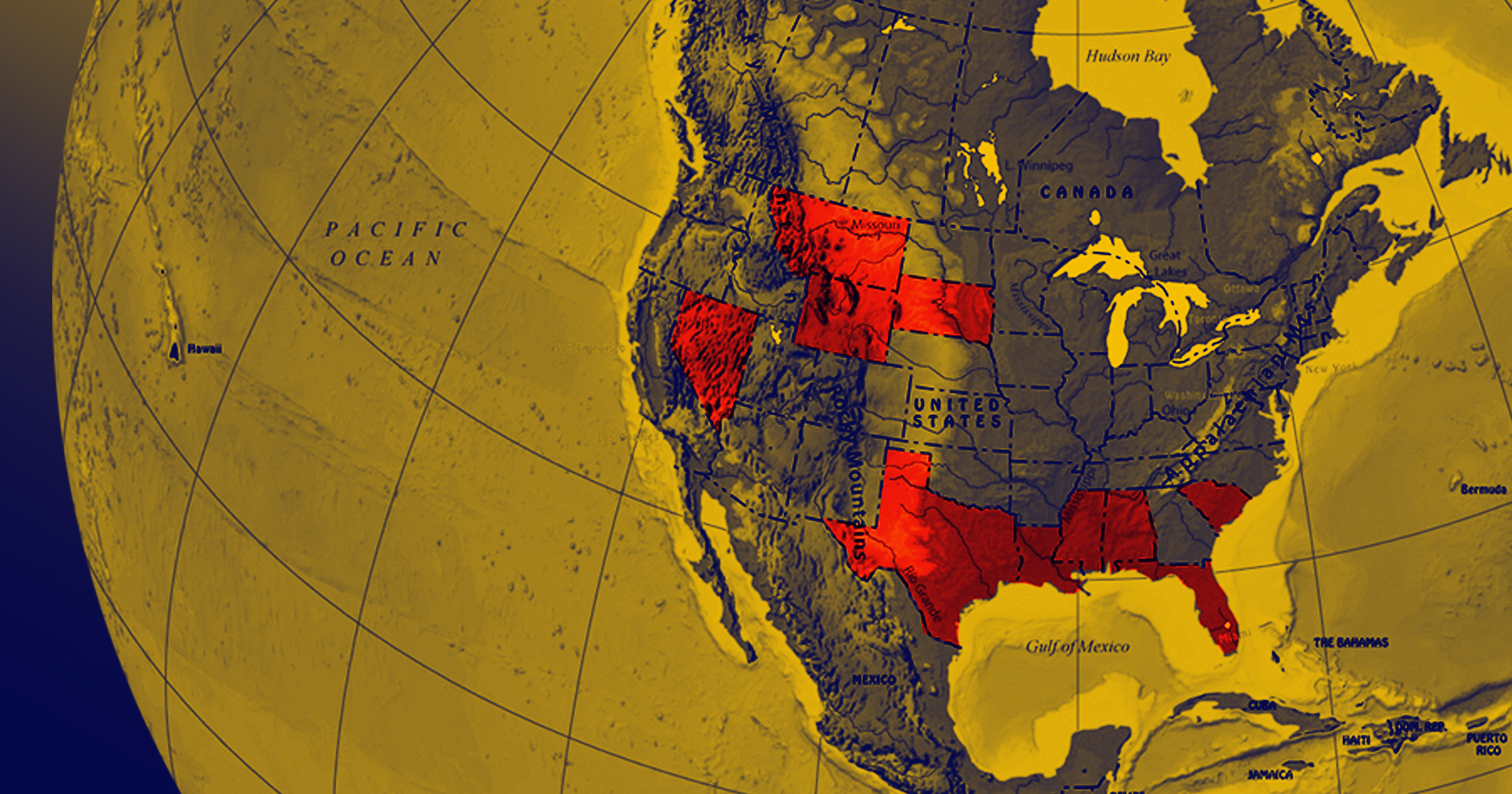 Robots are coming for jobs in the American South and Great Plains.

Robots are coming for jobs in the American South and Great Plains.

Bad news for workers in the American South and Great Plains: A robot could likely come for your job.

A newly released study by fintech company Smart Asset found that those regions are the ones most likely to experience serious job losses due to automation. And, even more disheartening, they're the ones that appear least prepared to take the hit.

Smart Asset based its finding on a combination of data from the Bureau of Labor Statistics and Oxford University research studies. The company first figured out how many people in each state work in certain occupations. Then, it estimated the probability that an automated system could replace those occupations.

The results: It determined that the 10 states where workers are most vulnerable to robo-replacement are Nevada, South Dakota, Wyoming, Louisiana, Montana, South Carolina, Mississippi, Florida, Texas, and Alabama.

The jobs that employ a lot of people and that are at a high risk of automation, according to the report: retail salespeople, cashiers, fast food cooks and servers. Those all happen to be traditionally low-skill jobs, meaning those workers might have a particularly tough time finding a new job if a robot steals theirs.

As a double-whammy, the states identified in the Smart Asset study also happen to already have some of the worst economies in the nation. If automation really does hit those states the hardest, the unemployment rates could skyrocket, making an already bad situation worse.

More on automation: McKinsey Finds Automation Could Eradicate a Third of America’s Workforce by 2030

Cost of Living
This Company Is Paying People $1,830 to Film Them Constantly
11. 29. 19
Read More
Lowkey Robot Takeover
New Futurist Fear: "Economic Singularity" Could Kill Jobs Forever
3. 19. 19
Read More
Fund The Net
AOC: Automation Means “More Time Enjoying the World We Live In"
3. 11. 19
Read More
+Social+Newsletter
TopicsAbout UsContact Us
Copyright ©, Camden Media Inc All Rights Reserved. See our User Agreement, Privacy Policy and Data Use Policy. The material on this site may not be reproduced, distributed, transmitted, cached or otherwise used, except with prior written permission of Futurism. Articles may contain affiliate links which enable us to share in the revenue of any purchases made.
Fonts by Typekit and Monotype.