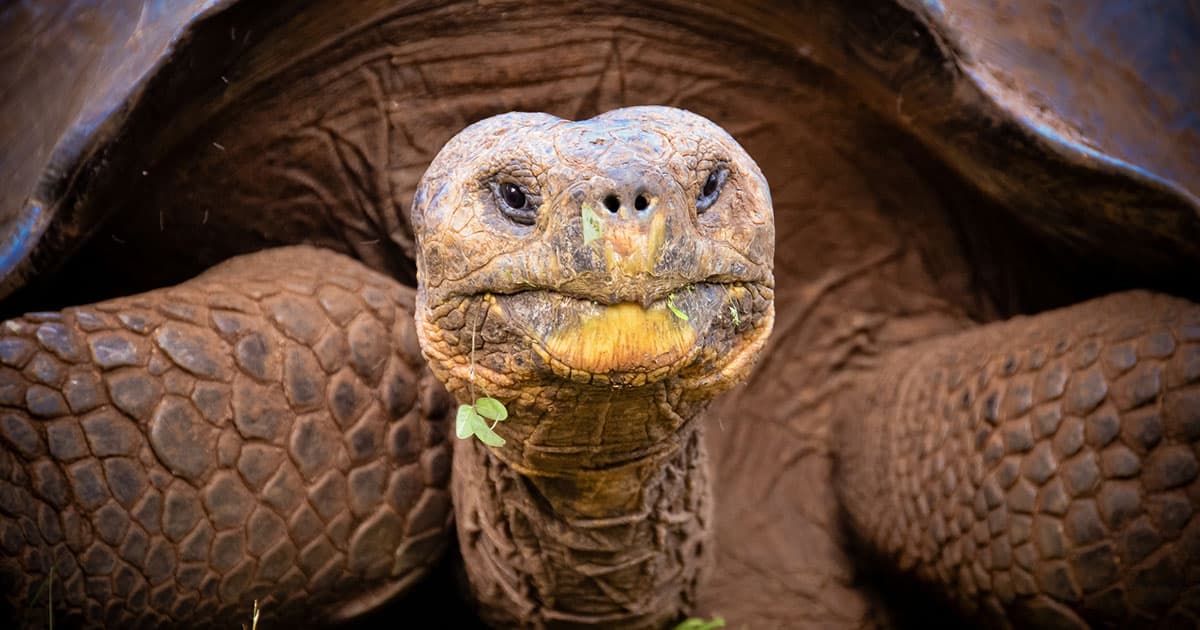 What kind of monster...

What kind of monster...

The Ecuadorian government is begging people to stop poaching the Galapagos islands' famed giant tortoises and eating them, in a disturbing testament to just how endangered the ancient creatures, once beloved by Charles Darwin, have become.

As CNN reports, the attorney general of Ecuador issued a statement saying that the agency sent a team of investigators to the Galapagos islands, located roughly 600 miles offshore of the South American country, to look into the deaths of four of the famed giant tortoises there.

Though it's illegal to poach giant tortoises in Ecuador and its islands, conservationists believe they're being hunted anyway because their meat is considered a delicacy. As CNN notes, there's now even suspicion that the tortoises, which can live to be over 100 years old, are being targeted by wildlife traffickers.

"This is not an isolated incident," the US-based Galapagos Conservancy nonprofit said in a statement about the recent giant tortoise deaths, noting that the remains of 15 critically endangered Galapagos tortoises were also found on one of the islands in 2021.

As a June study out of Yale about a distinct lineage of giant tortoises notes, the animal's numbers have been decimated since the early 19th century, when they were first discovered, because sailors liked to eat them. Between then and now, the study says, their population has tragically been reduced by 85 to 90 percent.

In its statement, the Galapagos Conservancy called the poaching and consumption of the tortoises an "environmental crime," and given how endangered they are, it's hard not to agree.

Investigators, the Conservancy said, are "currently awaiting the findings of the investigation so that, if the perpetrators are identified, the full force of the law is used to ensure that this crime is not left unpunished."

Researchers Say New Species Are Evolving at an Unbelievable Rate
11. 25. 17
Read More
Rest in Punks
The Ultimate Sign That NFTs Are Uncool: Museums Are Now Embracing Them
Yesterday
Read More
Meet Me at The Crypties
Glitzy Crypto Award Show Gets Weird When Host Keeps Roasting Guests For Dismal Failure
Yesterday
Read More
+Social+Newsletter
TopicsAbout UsContact Us
Copyright ©, Camden Media Inc All Rights Reserved. See our User Agreement, Privacy Policy and Data Use Policy. The material on this site may not be reproduced, distributed, transmitted, cached or otherwise used, except with prior written permission of Futurism. Articles may contain affiliate links which enable us to share in the revenue of any purchases made.
Fonts by Typekit and Monotype.