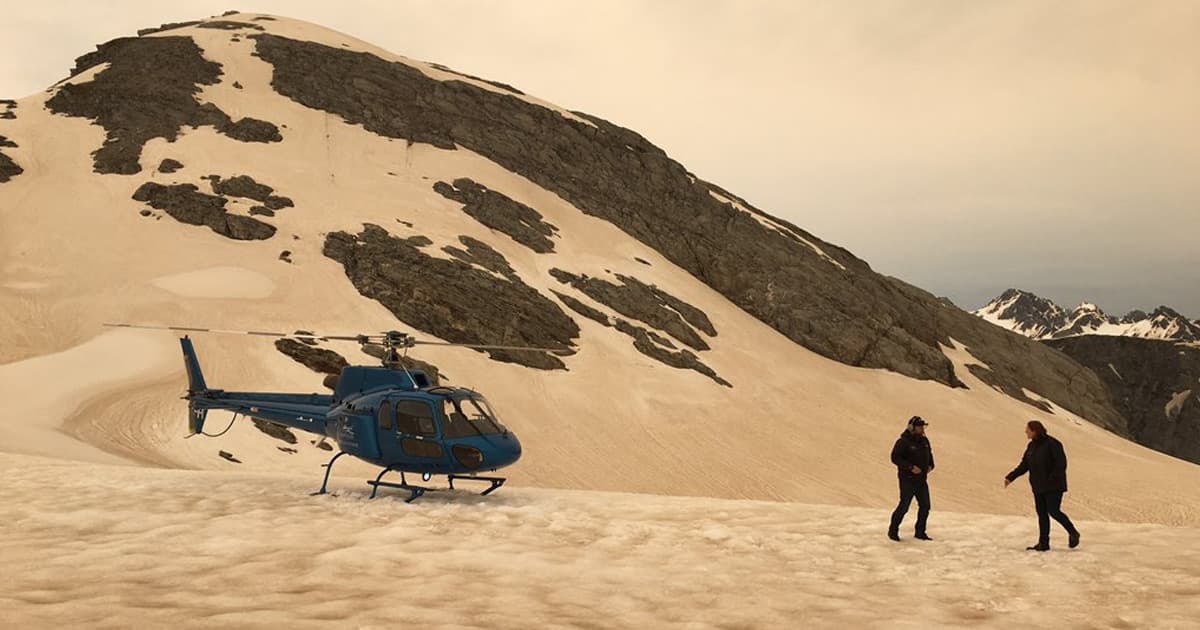 The Fires in Australia Are Turning Distant Glaciers Brown

The wildfires currently raging in Australia have already killed more than half a billion animals and at least 20 people. And now we know that more than 2,000 kilometers (1,200 miles) away from the blazes lies another potential victim: New Zealand's glaciers.

Photos and videos shared on social media show how ash from Australia's fires have turned New Zealand's glaciers a hazy shade of brown.

"It is quite common for dust to be transported to New Zealand glaciers, but I would say that the amount of transport right now is pretty phenomenal — I don't think I've ever seen anything like it," Monash University professor Andrew Mackintosh told The Guardian. "It is concerning to me to see so much material being deposited on the glaciers."

The effect of the ash from Australia extends beyond the look of the glaciers, too.

"If [the ash] stays on the surface then it will certainly enhance melt," Mackintosh told The Australian in early December. "If fire frequency, ash, and dust transport increase, there is a chance that this will hasten the demise of New Zealand glaciers."

In the month since, the fires have only gotten worse, leading Mackintosh to tell The Guardian he predicts glacial melt could increase by 20 to 30 percent this bushfire season — showing how climate change's emerging impact on one part of the world can exacerbate existing problems in another.

More on the fires: The Australian Wildfires Are so Bad You Can See Them From Space

Sun Shield
Scientists Increasingly Calling to Dim the Sun
11. 23. 22
Read More
Coastal Chaos
The Doomsday Glacier Is Hanging on "By Its Fingernails," Scientists Say
9. 7. 22
Read More
Tornado Watch
Tornadoes Like Kentucky's May Be Getting Stronger Due to Climate Change, Scientists Say
12. 12. 21
Read More
+Social+Newsletter
TopicsAbout UsContact Us
Copyright ©, Camden Media Inc All Rights Reserved. See our User Agreement, Privacy Policy and Data Use Policy. The material on this site may not be reproduced, distributed, transmitted, cached or otherwise used, except with prior written permission of Futurism. Articles may contain affiliate links which enable us to share in the revenue of any purchases made.
Fonts by Typekit and Monotype.