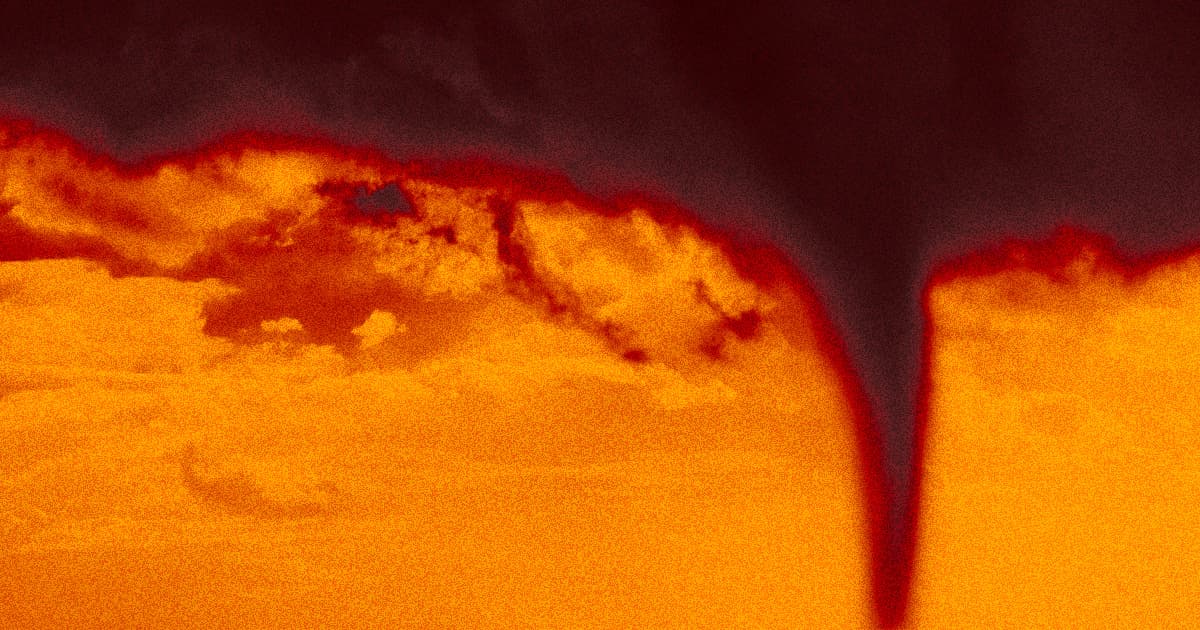 An encounter with a Martian monster.

An encounter with a Martian monster.

As an imposing dust devil rattled NASA's Perseverance rover on Mars, its onboard SuperCam microphone was kept hot, producing the first ever sound recording of the fascinating yet little understood weather phenomenon on the Red Planet.

That's cool on its own, but the recording in conjunction with other measurements taken at the time — like of pressure and temperature, not to mention photos — are more than just neat collectibles, and afford scientists a wealth of unprecedented insights into the Martian atmosphere, which they've published as a new study in the journal Nature Communications.

"Within the team, we always knew that a microphone on Mars would be an important instrument for studying the Martian atmosphere and dust devils were one of the phenomena that we hoped to observe one day," study lead author Naomi Murdoch, a planetary scientist at the National Higher French Institute of Aeronautics and Space, told Vice.  "However, to actually observe one is not simple; it requires careful planning and also good luck."

"There is only a 1 in 200 chance to detect such a dust devil with a single microphone recording in the mid-day period!" Murdoch added.

Evidently, fortune has favored Murdoch's team. So fruitful were the measurements that the scientists say they were able to accurately count every particle of dust that struck the rover.

In addition, they were also able to calculate the dust devil's speed of 17 feet per second, as well as its towering dimensions: around 82 feet wide and at least 387 feet tall, according to the study, enough to rival small skyscrapers.

You'd think that might be risky for a rover  — and it is, to some extent — but thanks to Mars' rarefied atmosphere, which isn't even one percent as dense as Earth's, the vortex didn't pack much of a punch either, leaving Percy undamaged.

All this, simply put, is a big deal. According to Murdoch, scientists still don't understand how dust devils are formed on Mars, or more specifically, how dust is lifted off the ground.

The findings here could change that, but they've proved just as illuminating as they are perplexing. The eye of the vortex should be calmer than its windy walls, but the scientists observed a surprising amount of impacts while the rover was in its center.

"This particular dust devil is unusual even for Mars," Murdoch told Space.com. "We aren't entirely sure why the dust has accumulated in the center, but it may be because the dust devil is still in its initial phase of formation."

Mysteries still linger, but at least one thing is crystal clear to Murdoch: don't underestimate the value of microphones and acoustic data when it comes to exploring planets.

More on Mars: Scientist Proposes Growing a Forest Inside a Bubble on Mars