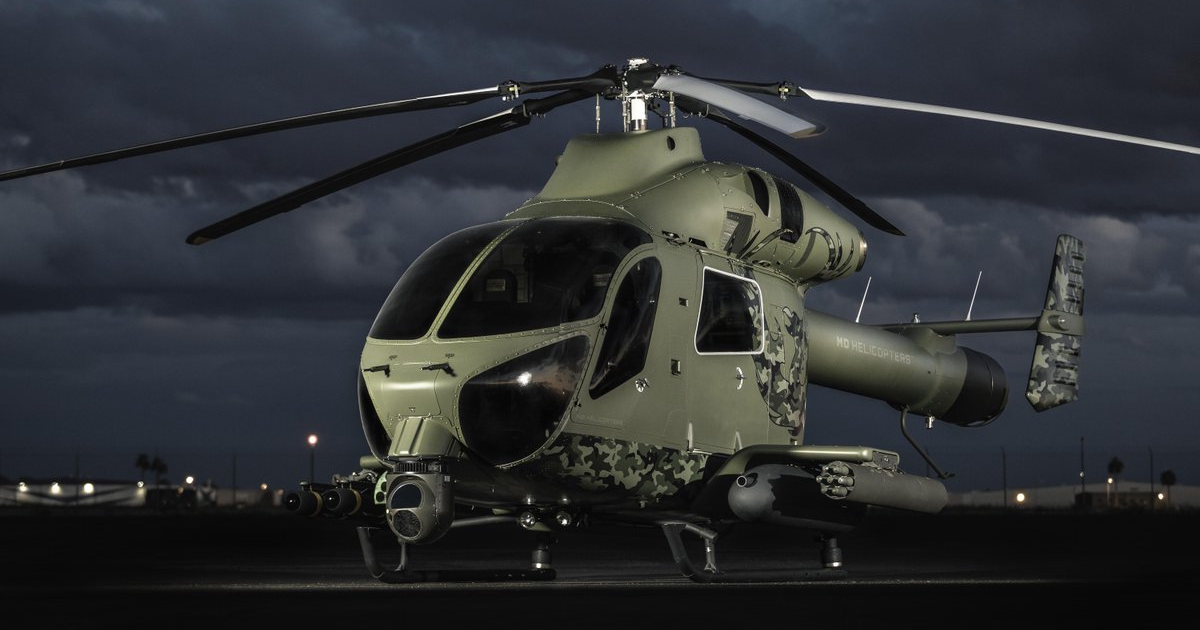 This Attack Helicopter Can Launch Drones From Midair

Swarming drones could pour out of this helicopter to do its bidding.

Swarming drones could pour out of this helicopter to do its bidding.

In the rear of the fuselage of the helicopter, The Drive reports, a munitions guiding system pops out to deploy seven payloads ranging from powered missiles to small drones that could carry out their own missions independently from the copter.

A possible existing drone that could be launched from the helicopter's Common Launch Tube (CLT) is military contractor Raytheon's Coyote. The Coyote is a small drone that has been used in the past to gather vital information about hurricanes — especially in places where hurricane wind speeds are too high for crewed aircraft to fly.

In a military context, small drones launched through the tube could increase awareness of ground and air-based operations when line of sight is obscured, according to an official press release.

"The CLT is part of a flexible, roll-on/roll-off launch system that is easily integrated into existing platforms," said Tom Prenzlow, President of Systima Technologies, maker of the the launch tube system, in a press release.

It's not the only possible future use of drones on the battlefield.

Earlier this year, Futurism reported on the British military's interest in developing drone swarm technology that could surround enemy aircraft and force them out of the sky.