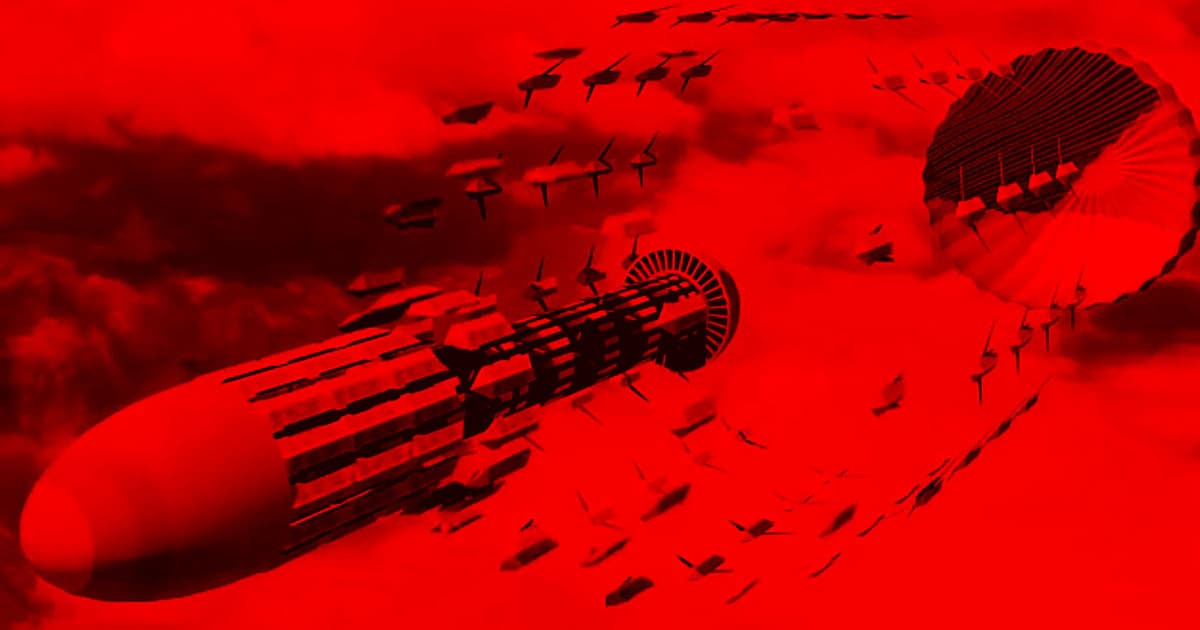 The British Military Is Working on Anti-Aircraft Drone Swarms

"Swarm squadrons of network-enabled drones" could confuse and overwhelm the enemy.

"Swarm squadrons of network-enabled drones" could confuse and overwhelm the enemy.

A swarm of 150 drones buzzed over Maroon 5 singer Adam Levine's head during this year's Super Bowl half time show, spelling out the words "One Love."

It was a dazzling display of drone technology — and military developers in the United States and United Kingdom are increasingly interested in using something similar, but with a very different goal in mind: to surround enemy aircraft, confusing them and forcing them out of the sky.

The U.S. Navy also started development on project Cicada (Close-in Covert Autonomous Disposable Aircraft) in 2006 — tiny disposable air vehicles that "can be deployed in large numbers to 'seed' an area with miniature electronic payloads," according to the U.S. Naval Research Lab's website.

Rather than swarming the enemy with small drones, other military contractors have worked on concepts that suggest using a smaller — yet still sizable — number of low-end unmanned combat air vehicles that closely resemble missiles and combat aircraft to confuse the enemy.