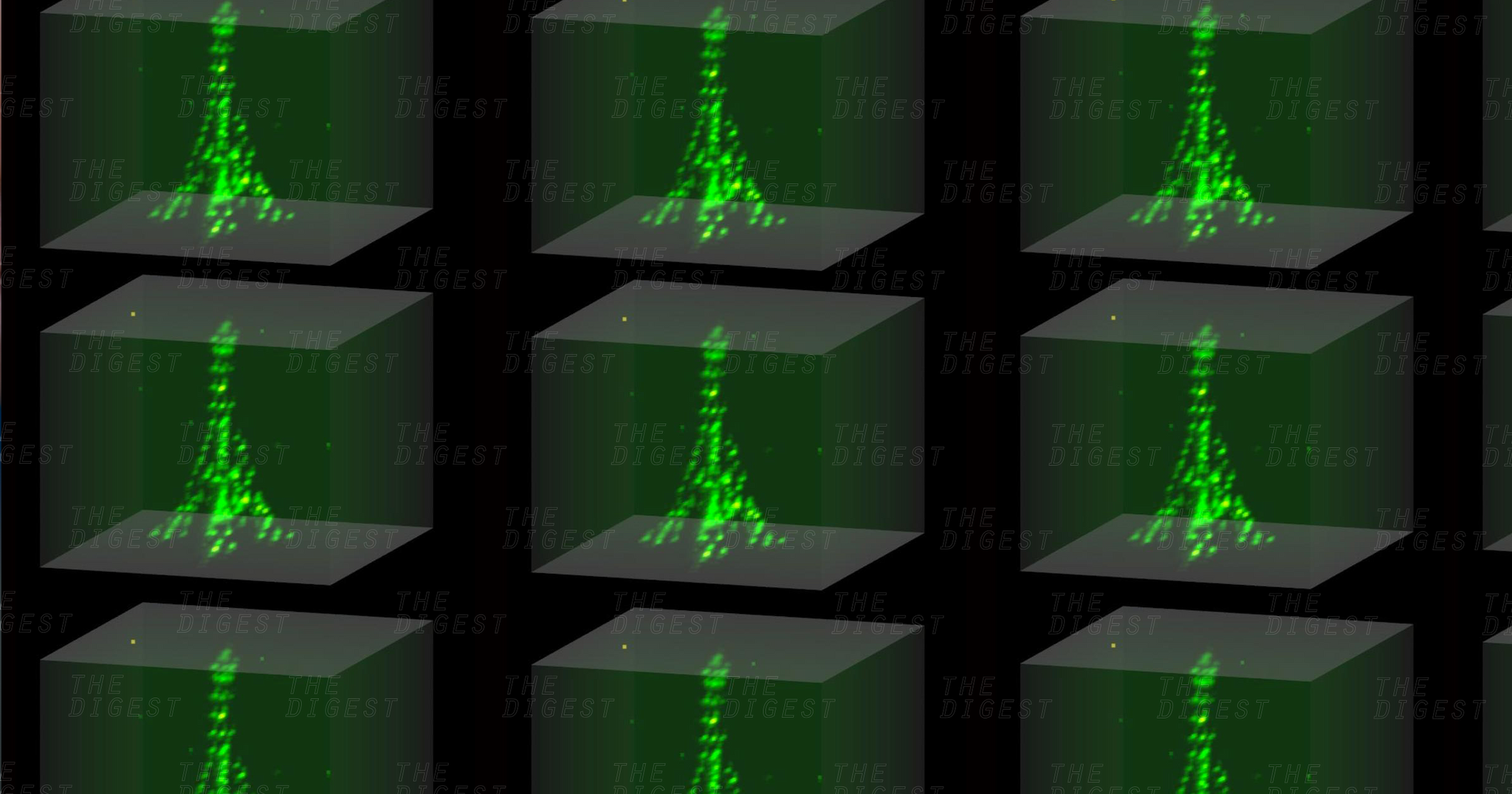 It's Now Way Easier to Manipulate Individual Atoms in 3D

QUANTUM CONTROL. If we want quantum computers to become more sophisticated — which, yeah, we definitely do — we've got to be able to manipulate the quantum world. Programming a quantum computer means we need to be able to precisely arrange individual atoms, which isn't all that easy. But now, researchers from the University of Paris-Saclay have figured out a better way to do just that.

They published a paper on the subject on Wednesday in the journal Nature.

THE NEXT DIMENSION. Right now, we can arrange atoms into various one- and two-dimensional arrays using optical tweezers, instruments that trap atoms in place using highly focused laser beams.

The French researchers figured out that they could reflect a laser off a spatial light modulator (a device that can make a light beam more or less intense) and then refocus it to produce three-dimensional arrays that could trap atoms.

Once they had their atomic arrays in place to act as a scaffolding, the researchers could put atoms in to populate them. “We initially randomly load and half-fill these traps with cold rubidium atoms,” the study's lead author Daniel Barredo told Physics World.

The team then used optical tweezers to rearrange the atoms within the trap however they wanted, moving them from one spot in the array to another. Ultimately, the researchers were able to produce atomic arrays containing 72 atoms.

EXCITABLE ATOMS. Not only could the researchers arrange the atoms however they saw fit (how they saw fit was in the shape of the Eiffel Tower, because of course), they could even "entangle" pairs of atoms within the array. They just needed to zap each atom with a laser to excite one of its electrons (producing what's called Rydberg excitation), and the atoms could then exchange spins.

“Arrays of neutral atoms excited to Rydberg states have recently emerged as a very promising platform for quantum simulations of large physical systems,” said Barredo. “Until now, however, the largest quantum simulations that could be performed using these systems involved around 50 qubits in 1D and 2D geometries."

"Accessing the third dimension, as we have achieved in this work, not only allows these qubits to be scaled up (to 72 atoms in our case), it also opens the way to simulating more complex, real-world physical phenomena and materials."

More on quantum computing: Quantum Computing Is Going to Change the World. Here’s What This Means for You.

Quantum Supremacy
US Sanctions Chinese Quantum Computing Firms for... Reasons
11. 29. 21
Read More
Quantum Solutions
Chinese Scientists Say They Now Have the World's Most Powerful Quantum Computer
7. 6. 21
Read More
The World’s First Practical Quantum Computer May Be Just Five Years Away
9. 21. 18
Read More
+Social+Newsletter
TopicsAbout UsContact Us
Copyright ©, Camden Media Inc All Rights Reserved. See our User Agreement, Privacy Policy and Data Use Policy. The material on this site may not be reproduced, distributed, transmitted, cached or otherwise used, except with prior written permission of Futurism. Fonts by Typekit and Monotype.