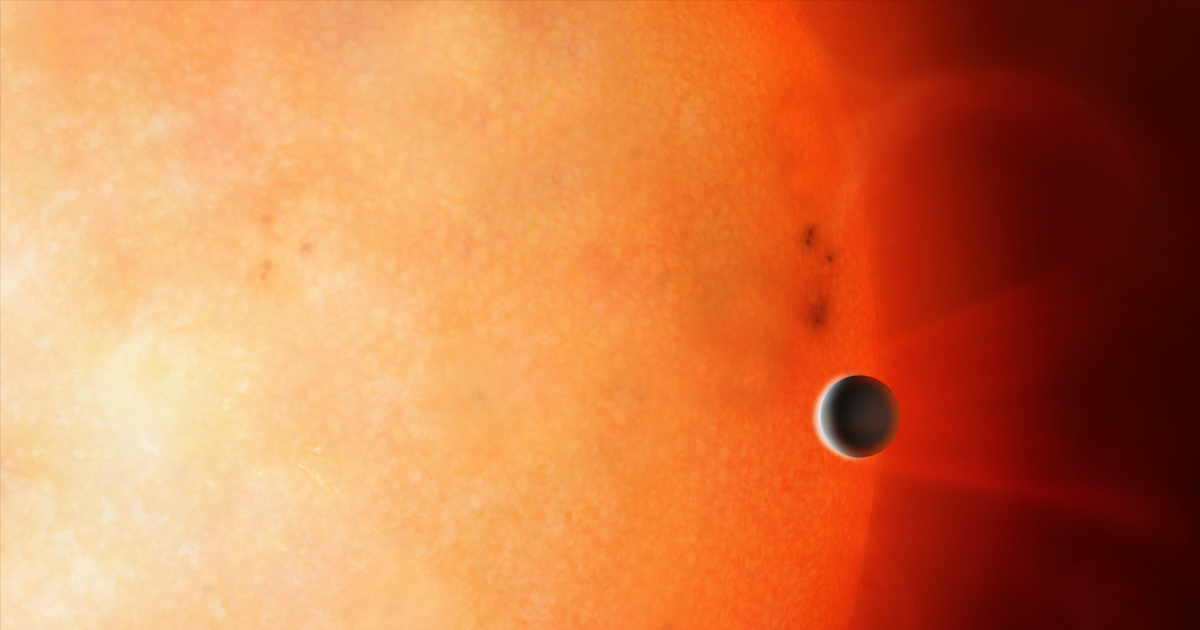 This alien world whips around its sun every 1.3 days.

This alien world whips around its sun every 1.3 days.

An international team of astronomers says it's discovered a rogue exoplanet three times the size of Earth — in an orbit that was thought to be impossible, meaning more Earth-like planets could be found hiding in nearby star systems.

No exoplanets with gas atmospheres were previously thought be able to orbit this close to a star — a region known as the "Neptunian Desert" — as the gas would evaporate and leave just a rocky core. Until, that is, this team located NGTS-4b, which they're calling a "forbidden planet."

The astronomers believe NGTS-4b could've either just moved into position in the last million years, or that its atmosphere could be in the process of evaporating.

A paper of their research will be published in an upcoming issue in the Monthly Notices of the Royal Astronomical Society.

To put the Neptunian Desert into perspective, the rogue exoplanet was found to be whipping around its star in just 1.3 days.

"We are now scouring out data to see if we can see any more planets in the Neptune Desert — perhaps the desert is greener than was once thought," said Richard West from the Department of Physics at the University of Warwick in a statement.

READ MORE: The 'Forbidden' planet has been found in the 'Neptunian Desert' [University of Warwick]

It's Baby
NASA's TESS Mission Has Spotted Its Smallest Exoplanet Ever
7. 1. 19
Read More
Water Worlds
Exoplanet "Water Worlds" Could Hold Unfathomably Deep Alien Oceans
5. 1. 19
Read More
Trident Spacecraft
NASA Proposes Mission to Neptune's Largest Moon Triton
3. 22. 19
Read More
+Social+Newsletter
TopicsAbout UsContact Us
Copyright ©, Camden Media Inc All Rights Reserved. See our User Agreement, Privacy Policy and Data Use Policy. The material on this site may not be reproduced, distributed, transmitted, cached or otherwise used, except with prior written permission of Futurism. Articles may contain affiliate links which enable us to share in the revenue of any purchases made.
Fonts by Typekit and Monotype.