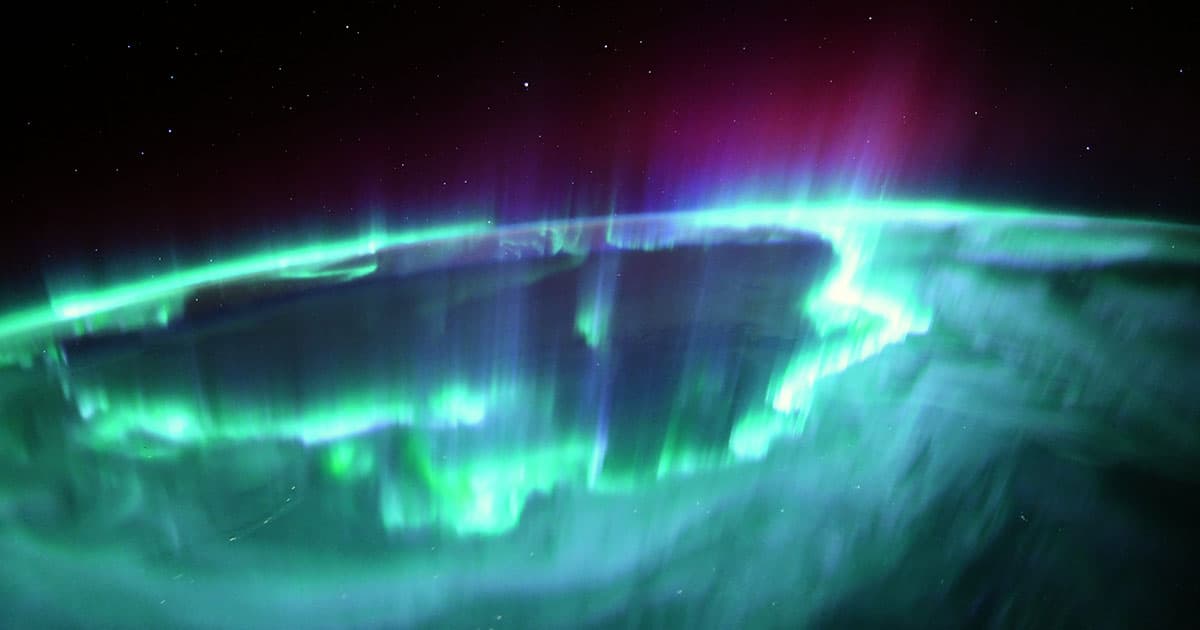 The rare event saw our planet's atmosphere bombarded with the Sun's highly charged particles as it enters a particularly active part of its solar cycle. The space weather also triggers some gorgeous natural phenomena, visible from both the ground and orbit.

"We were treated to the strongest auroras of the entire mission, over north America and Canada," Pesquet tweeted, accompanied by a breathtaking picture of the northern lights from above. "Amazing spikes higher than our orbit, and we flew right above the center of the ring, rapid waves and pulses all over."

We were treated to the strongest auroras of the entire mission, over north America and Canada. Amazing spikes higher than our orbit🤩, and we flew right above the centre of the ring, rapid waves and pulses all over. #MissionAlpha https://t.co/5rdb08ljhx pic.twitter.com/0liCkGvRCh

All of the Lights

Auroras are the result of the Sun's incoming particles becoming trapped in the Earth's magnetosphere, the oblong magnetic shield surrounding our planet. Some of these rays make it through and collide with atoms in the Earth's upper atmosphere, releasing energy in the form of light.

In sum, billions of these collisions result in auroras, as seen in Pesquet's picture.

This fall, the Sun's activity has reached a fever pitch, a period also known as the solar maximum, during its 11-year cycle. This stretch sees the most activity, making auroras all the more likely to occur.

It's a dazzling show that's so large and dazzling that it can be spotted by nature enthusiasts on the ground and in the sky alike — a reminder, if nothing else, of the size and power of our precious atmosphere.

More on auroras: The Sun Just Blasted the Earth With an Enormous Solar Flare