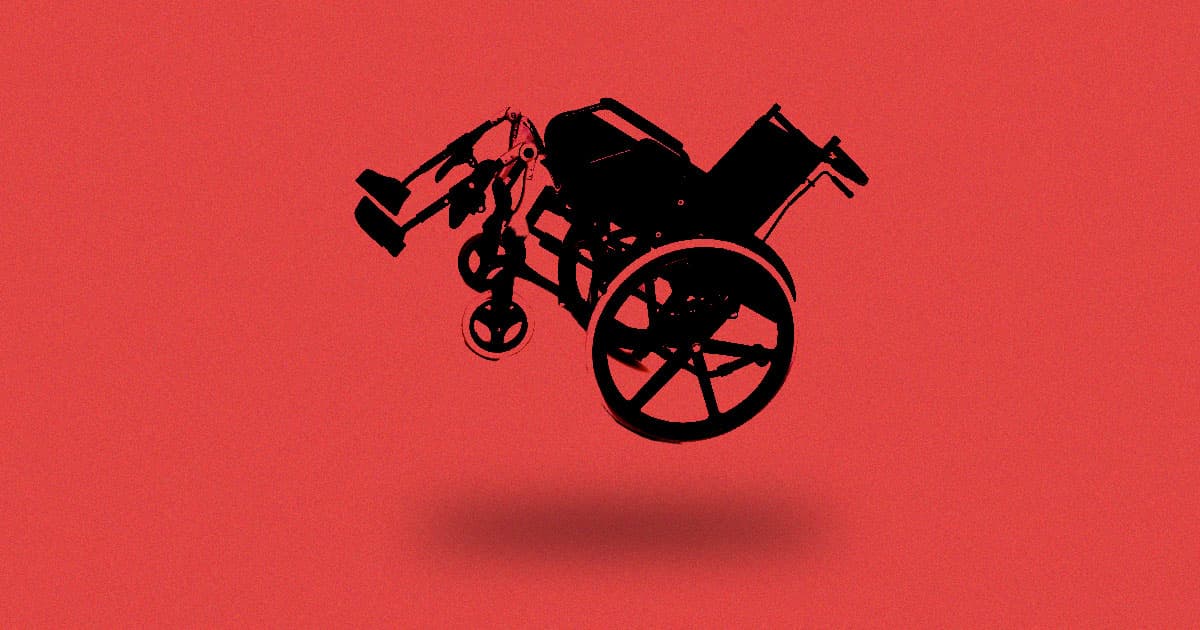 Wheelchair Users Float in Zero G, Blown Away by Experience

"I was in control of myself and my whole body."

"I was in control of myself and my whole body."

While space travel is slowly becoming slightly more accessible, there are still a lot of hurdles to overcome — especially for would-be astronauts who are physically disabled.

That could be starting to change as well, now that a nonprofit called AstroAccess launched a parabolic flight — a planes that flies in large arcs to simulate zero gravity — last Sunday that included 12 disabled passengers, The New York Times reports. The purpose of the flight was to test how folks with disabilities could handle a zero gravity environment, and those onboard found the experience to be freeing, if a little odd.

"It was legitimately weird," Eric Ingram, and one of the passengers on the flight, told the NYT. Ingram uses a wheelchair due to a rare condition that impacts his joints, butthe flight gave him the opportunity to do things like stand for the first time ever.  "Just the act of standing was probably almost as alien to me as floating in zero gravity," he added.

Sawyer Rosenstein, another passenger, found that the flight allowed him even greater control over his body.

Rosenstein, who is paralyzed from the waist down, wore a modified flight suit that included a strap to maneuver his legs. He discovered that the zero gravity environment allowed him to test his body’s full range of motion. His chronic pain also disappeared throughout the flight.

"I was in control of myself and my whole body," Rosenstein told the NYT. "It’s almost indescribable to have that freedom after having it taken away for so long."

AstroAccess was created in response to the prohibitively restrictive culture that typically accompanies spaceflight.

For example, NASA has a history of only recruiting physically fit people — and for a long time, only white men — to its astronaut programs. While the agency has gradually started to recruit a more diverse array of astronauts, it still overlooks those with disabilities — even though there are arguments that can be made that disabled folks can be great astronauts.

Hall Effect
Test Suggests Ion Thrusters Could Power Crewed Interplanetary Missions
Jan 29
Read More
God Shot
Astronaut Says He Had Religious Experience During Spacewalk
9. 9. 22
Read More
Rolling Coal
Space Travel Will Absolutely Gut the Environment, Scientists Warn
6. 29. 22
Read More
+Social+Newsletter
TopicsAbout UsContact Us
Copyright ©, Camden Media Inc All Rights Reserved. See our User Agreement, Privacy Policy and Data Use Policy. The material on this site may not be reproduced, distributed, transmitted, cached or otherwise used, except with prior written permission of Futurism. Articles may contain affiliate links which enable us to share in the revenue of any purchases made.
Fonts by Typekit and Monotype.