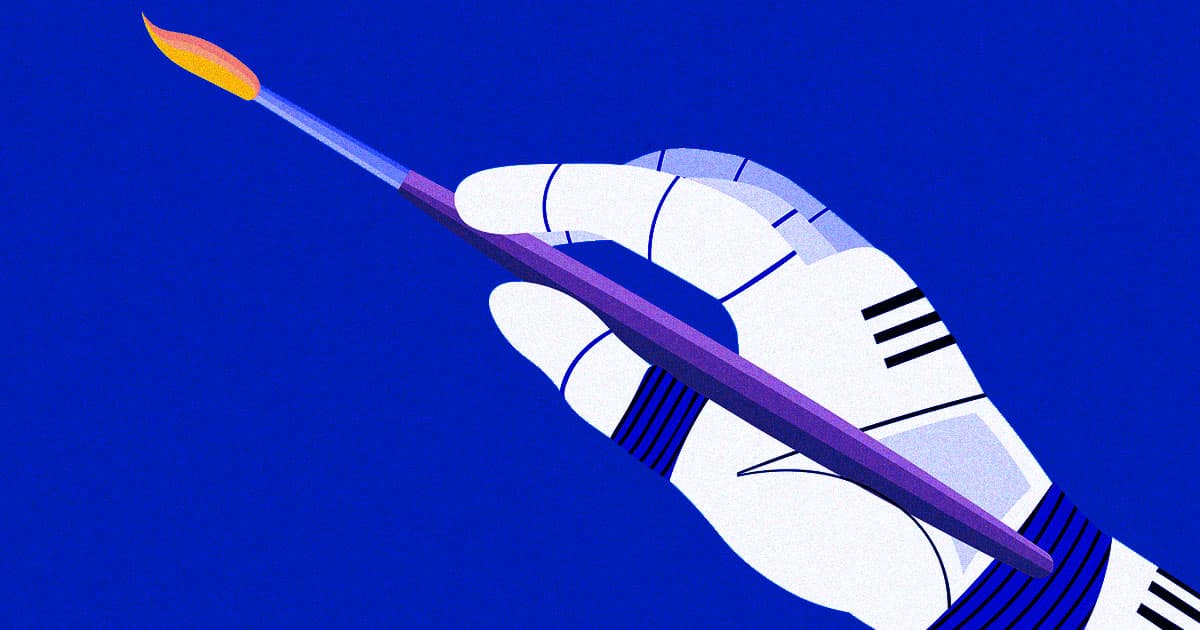 Artist Says They Were Banned Because Their Art Looked Like AI, Even Though They're Human

"No one is going to believe when you say it’s not AI."

"No one is going to believe when you say it’s not AI."

Vietnam-based digital artist Ben Moran simply wanted to share their latest piece on r/Art, Reddit’s premier art subreddit. Instead, they were abruptly banned by moderators who accused them of generating the work using AI, which is banned on the forum.

Moran took to Twitter to share their grievances, sharing a screenshot of their exchange with one of the forum’s moderators. They offered to send the raw Adobe Photoshop file that would transparently reveal their process, but the furious moderator shut Moran down.

"I don’t believe you," the moderator responded. "Even if you did 'paint' it yourself, it's so obviously an AI prompted design that it doesn’t matter."

"If you really are a 'serious' artist," they continued, "then you need to find a different style, because A) no one is going to believe when you say it’s not AI, and B) the AI can do better in seconds what might take you hours."

Clearly, the incident is emblematic of the anti-AI sentiment sweeping through the art community at large, but at times the well intentioned stance can reach a fever pitch.

AI image generators like Stable Diffusion and Midjourney are trained on datasets that use images pulled from large art communities like ArtStation without artists’ permissions, which many would argue constitutes theft.

As such, Moran, who runs their own art studio, is also against the development of AI art — which makes the moderator’s trigger happy decision all the more ironic.

"There's no passion if you can create an artwork that way," they told Vice. "And the biggest problem is that I worry about the development of AI art, all of the artists will lose their passion to create a painting."

"In my opinion, the development of AI is good for industry, not for the art community and artists," they later added.

Evidently, the subreddit’s moderators are also against AI art, but for much more pragmatic reasons.

"We don't necessarily have anything against AI Art, but when people can churn it out so quickly and easily if it's allowed the sub becomes nothing but AI art rather quickly," one moderator explained to Vice.

In the wake of Moran’s story, drama-vulturous trolls began to brigade and spam r/Art, forcing moderators to temporarily private the subreddit.

It doesn’t appear that Moran will be unbanned any time soon. But maybe they’re better off, considering the contemptuous dismissiveness on display.

Unfortunately, these kinds of fiascos will likely become more commonplace as the looming encroachment of AI threatens artists, forcing many into panic-mode.

Naughty Botty
Amazing "Jailbreak" Bypasses ChatGPT's Ethics Safeguards
Yesterday
Read More
Immortality Lite
Metaverse CEO Says ChatGPT Is Speeding Up Timeline for Emulating Dead People
Yesterday
Read More
AI After All
This Entire Sci-Fi Magazine Generated With AI Is Blowing Our Puny Human Minds
Thursday
Read More
+Social+Newsletter
TopicsAbout UsContact Us
Copyright ©, Camden Media Inc All Rights Reserved. See our User Agreement, Privacy Policy and Data Use Policy. The material on this site may not be reproduced, distributed, transmitted, cached or otherwise used, except with prior written permission of Futurism. Articles may contain affiliate links which enable us to share in the revenue of any purchases made.
Fonts by Typekit and Monotype.